by Dee
Robduloc, you rock our world, too.
You write like a poet. You are a poet.
Thank you for all of your kind words, too. 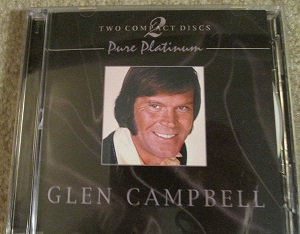 by robduloc
Thank you, Elusive Butterfly, what a beautiful thing to say, I am moved.

by Elusive Butterfly
I agree so much with you robduloc. "Basic" is a brilliant album. And "Blue Sky Shining" and " Colleen" are among my favourites. Blue sky is so soothing and beautiful. I can't hear enough times. Thank you for bringing these treasures up a
again.

by robduloc
Tonight, I got to sit down and click onto the link here and listen for the first time, Learning The Blues and Didn't We, and hear Blue Sky Shining again, thank you so much, beautiful songs and arrangements, good job tracking them down!

by robduloc
Is there a place where I can find Colleen?

by robduloc
Dee found and shared the link for Blue Sky Shining from the Wichita Lineman sessions.

by rickv404
"Colleen" is a great song. Written by Michael Smotherman, I believe. It should have been on an album. I think it may have been recorded for "Basic".

by Dee
Here ya go, Rob.... an earlier post that discusses this Pure Platinum album and the two songs you identified as rare (as well as other albums with rarities):