Coming soon! A write-up by a fan who experienced "The Wall of Sound" at Brian Wilson's 50th Anniversary of Pet Sounds Tour. Final performances are coming up this year.
If you are a fan of "Pet Sounds", Brian Wilson, and/or The Beach Boys, "God Only Knows" you shouldn't miss the "Good Vibrations" at this concert! 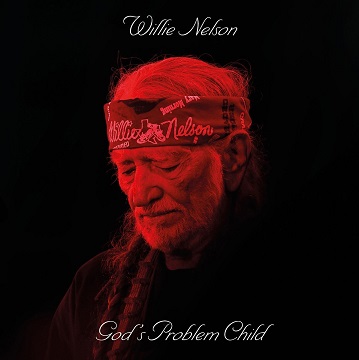 Glen Campbell's peer, Willie Nelson, released a new studio album, "God's Problem Child" on April 28, 2017, the eve of his 84th birthday. It is his 61st studio album and has already entered the Billboard Country chart at No. 1, making it the artist's second U.S. country chart-topper in less than two years. His 2015 release, "Django and Jimmie," a musical collaboration with Merle Haggard, debuted at the top of the Billboard Country chart in June of that year. In February 2017, Willie Nelson took home the win for Best Traditional Pop Vocal Album for "Summertime: Willie Nelson Sings Gershwin" at the Grammy Awards (see related post below).

The title track of "God's Problem Child" was written by Jamey Johnson and Tony Joe White and features vocals by Leon Russell in one of his last recordings. Alison Krauss provides background vocals on the tracks "True Love" and "Little House on the Hill". The original album title, I'm Not Dead, refers to the recurrent hoaxes announcing Nelson's death. "Delete and Fast-Forward" describes Nelson's view on the 2016 United States elections. The release includes "He Won't Ever Be Gone", a tribute song penned by Gary Nicholson for Merle Haggard.

This album is one of Nelson's first albums to address mortality and gives it both serious contemplation and humor. Happily, "Trigger" (the name of Nelson's most well-known, most-beloved guitar) figures prominently throughout the recordings and is also pictured in the liner notes for the CD format.

a tightly-woven, poignant collection of ruminations on aging and fading faculties that amounts to Nelson's most moving album in decades.

OK, music lovers, lift a toast or hit your applause button app in honor of the irreplaceable Willie Nelson, who tops Billboard‘s country albums chart this week with his puckishly dubbed God’s Problem Child.
God should have more kids like that.

He still sings with grace, and it's moving to hear his vocal instrument finally beginning to betray a bit of frailty in his ninth decade. Temperate, fickle and revelatory in turns, his is truly a voice to trust.

Below are two music videos promoting "God's Problem Child", released on Willie Nelson's official YT channel and representing the different emotions beautifully expressed by Willie Nelson in one of his best and most personal albums in years:

Cool post Dee. Thanks. Looks like Willie is even more multi talented than I though.... singer, guitar player, songwriter, actor, farm aid initiator and now... writing books as well. 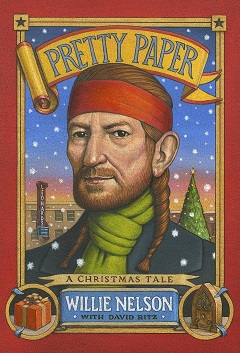 Glen Campbell's long-time friend and peer, Willie Nelson, continues to be busier than a two-headed woodpecker!

Willie's penned song "Pretty Paper", a holiday classic, has been covered by many artists including Glen Campbell on his October 1968 album, That Christmas Feeling, and the great Roy Orbison in November 1963. Nelson recorded his own version produced by Chet Atkins in November 1964.
Now Willie has published a book --the story behind the song-- by the same title, and it looks to be a good read according to David Martindale for Star-Telegram:

As a country-music songwriter and recording artist, Willie Nelson has done OK for himself over the years. Maybe even a little better than OK.
But one could argue after reading Nelson’s Pretty Paper, a sweet new Christmas novel inspired by his beloved ballad, that the man missed his calling.
Willie established long ago that he can conjure up a haunting two-minute tale in three-quarter time. But perhaps he should have been writing long-form feel-good fiction as well — because Pretty Paper is a good story well told. - David Martindale 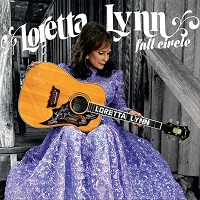 Eighty-three-year-old Loretta Lynn, another artistic peer of Glen Campbell's, recently released her 118th* album, "Full Circle", earlier this year, her 56th year in the music business. According to her daughter, Patsy Lynn Russell, Full Circle has been the "highest debuting album of the year", and hope is high for an ensuing Grammy Award. Full Circle is Loretta's first new studio album in over 10 years and is comprised of a mixture of recordings inspired by Appalachian folk songs Lynn learned as a child and newer versions of past hits. Produced by Patsy and John Carter Cash, the son of Johnny Cash and June Carter Cash, the album includes duets with Elvis Costello and the venerable Willie Nelson. Spin Magazine describes Full Circle as "an afternoon on the front porch listening to Lynn tell you her life story, a trajectory with an impact that no single disc could ever fully sum up.”

One of the album's tracks, "Who's Gonna Miss Me?", written by LL and Lola Jean Dillon, is a sad lament about mortality; different and yet similar to Glen Campbell and Julian Raymond's "I'm Not Gonna Miss You". Loretta's penned song was based on her devastating life experiences with losses of loved ones; Loretta has outlived her husband and two of her children.

I recently saw Loretta Lynn in concert. I felt she truly embodies the title many people use when referring to Loretta: "Queen of Country Music". Seated onstage throughout her concert, she sat regally in a chair, her back straight, her head held up high, dressed in a long red-sequined dress; sans guitar. She was quick to give her band, "The Coal Miners", commands but also joked with them at length. Loretta sang hit after hit including her mega hit song "Coal Miner's Daughter". At one point, she mentioned to the audience that for the last four years on or around the 4th of July holiday, she has held a "Remember Conway Twitty Weekend" at her home in Tennessee. Artists and family members gather to sing Conway Twitty songs and share memories about Twitty; this event means a lot to her. (Twitty passed away in 1993.)

Loretta's daughter Patsy is a twin, and Patsy and her sister, Peggy, opened the concert with a couple of songs. They are pictured below. Loretta's grandson, Anthony, helped to work the merch table in the lobby. Similar to Willie Nelson on tour, Loretta's tour is a family affair.

Below are a few pictures I took. The coal miner logo photos are from Loretta Lynn's tour bus; a strong logo for a strong woman.

*according to Patsy and Loretta's count of albums

After more than 50 years in the music business and 120 million albums sold world-wide, Country Music Hall of Famer Kenny Rogers is now embarked on his final tour “The Gambler’s Last Deal”. In concert, Kenny performs his hit songs and shares historical film footage, photographs and stories from his successful career as an entertainer.

He also pays homage to the early country stars that paved the way for other musicians. Kenny explains:

“I’m doing a song in the new show that’s so perfect — Jimmy Webb wrote it — he wrote all of Glen Campbell’s songs — and it’s called ‘They Just Don’t Make ’Em Like You Anymore,’ ” he said. “And I’m doing it all with pictures of the old artists in there to show my respect.”

Kenny explains the importance of music to him: 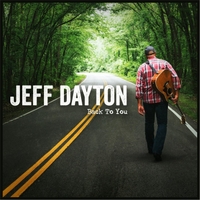 Jeff Dayton was Glen Campbell's bandleader for 15 years and credits Glen for a "deep education in every part of being an artist". After working with Glen, Jeff continued to tour with Lee Greenwood and Kenny Chesney and has remained active in the music industry, writing, recording, performing, touring and more. Earlier this year, we posted about Jeff's new tribute concerts to Glen.

Jeff has now released a new album titled "Back To You" with 12 original songs. At this time, the album is available in digital format on CD Baby. Below is CD Baby's link if you would like to listen to excerpts from his songs and learn more about this new release. Congrats, Jeff Dayton!

What a perfect line Glen gave you, Randy. (Also true!) And it makes for a great story!
Thank you for sharing your fireman story, too. Glen's remembering you as a firefighter showed a tremendous sign of respect for you and for your profession.
Dee

Great stories Randy. Moments to cherish for sure!

All of Glen's show's were great Dee. No standout, but I do remember the time , after I stood and applauded after almost every song and the most of the rest of the audience didn't, that he turned right to me, and said " Now there's a man with good taste". And one , I shook hands with him and he remembered me from the shirt's I had wore up there in the past that said "firefighter" and he called me fireman and that made me proud that he remembered as I wasn't wearing one that night. Glen Campbell was flat out the best of the best and I'll always cherish those memories!