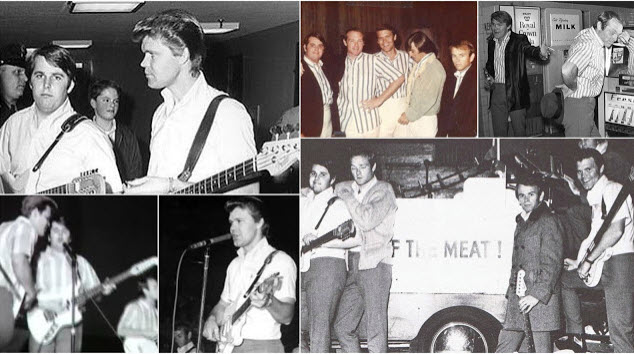 
Although Glen probably had no idea at the time about the circumstances surrounding his invitation to join the Beach Boys, it remains a part of his and their history that is examined periodically. Another account of what is believed to have happened was recently written

Brian Wilson: I said to the band, “If you want me to be able to be creative like I really want to, I’m going to have to stay at home.”
Sure enough, I got my way. I felt I had no choice. I was run down mentally and emotionally because I was running around, jumping on jets, one-night stands, also producing, writing, arranging, singing, planning, teaching.
It was to the point where I had no peace of mind, no chance to actually sit down and think or even rest. I was so mixed-up and so overworked.

Loren Schwartz: Brian told me his well-documented nervous-breakdown on the airplane was a ploy to get off the road. He said, “I did it on purpose.”

Glen Campbell: Mike Love and Carl Wilson called me on Wednesday, and said, “Glen can you be here tomorrow? We gotta gig in Dallas and you wanna come play it with us?”
I said, “Whattya mean, open the show or what?”
They said, “Brian’s sick and can’t make it. You gotta play bass and do Brian’s parts…”
So I said, “Sure,” I had been doing their sessions, so I could easily fill in.
The only problem was I didn’t know all the words to the songs. They’d be singing “Pasadena” and I would sing something else. I didn’t know what I was saying.

Mike Love: Glen Campbell put on Brian’s shirt and got the pants hemmed, and away we go. But he played the bass, not the guitar, which he was known for, he was an excellent guitarist, and he was a blast!

Glen Campbell: I flew out there and played that first date, and I must have made a million mistakes. But nobody could hear anyway over all the screaming and hollering of 17,000 kids. I’d get three lines out of my mouth and the crowd would start screaming. You couldn’t hear anything. So I just sat back and hollered the song as loud as I could.

Brian Wilson: Glen was a nice guy, a [...] of a musician; and his falsetto was good enough to cover my parts.

Glen Campbell: Right after the concert the Beach Boys ran like mad for their cars, but I took my time. I didn’t care, figuring nobody would pay any attention to me since I wasn’t really a Beach Boy. Well, I want to tell you, they jumped on me with all four feet, started yanking my hair, stole my watch and tore off my shirt. From then on, I was the first one in the car.

Brian Wilson: Glen had too much talent to remain in the background.

Mike Love: The Beach Boys weren’t the right fit for him.

Brian Wilson: Then he got sick and couldn’t tour.

Glen Campbell: They couldn’t afford me.