Everything from Glen Campbell's history with Ovation, other guitar talk, and guitar picks!
Post Reply
15 posts

This fictional book called Reverse Onus, by Glen David Easson, has some quotes about Ovation and Glen.


Glen Campbell took the brand to international heights when he introduced the guitars in 1968. He was to Ovation like Les Paul was to Gibson, as American as apple pie.

Interview with / article about Glen for Guitar Player magazine, april 1969.

In the article he says he has been trying Ovations instruments for about a year, including Ovation amps.

After scuttling the American side of Ovation earlier last year, FMIC (Fender) packaged up Ovation with Kaman Percussion and sold it to DW (Drum Workshop) yesterday. Who knows what they will do with it. They do not have the channels for guitar sales. They are not in the guitar business. They could resell the company to another interested party. When Fender had Ovation, sales were declining...probably for a host of reasons. I would assume that the company that Glen put on the map is history. But, in terms of history, it was a great company... and only became so, because of Glen.

First I have heard of that. Charles Kaman was an aerospace genius, but according to the "History of Ovation" in September of 1966, a local folk singing group, the Balladeers, had bought some of Charlies first instruments and were performing at a local 4H club, where they received a standing ovation. This event yielded not only the name of the company, but also the name of the first model...Ovation Balladeer.

The earliest survivor of the prototypes, is #6. You can see the head was Martinesque...Charlie had actually made an offer to buy Martin, prior to designing his own guitar. 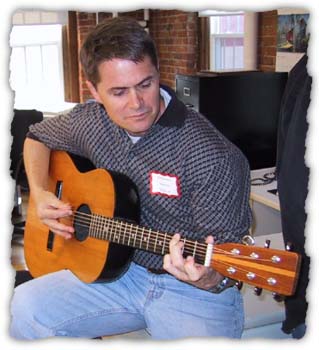 One of the earliest production 1966 Balladeers that still exists is #22. It has an elongated truss rod cover and a beautiful black rosette. 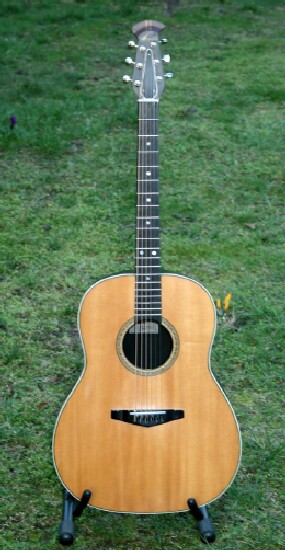 You can see the Ovation logo on the 22nd guitar made 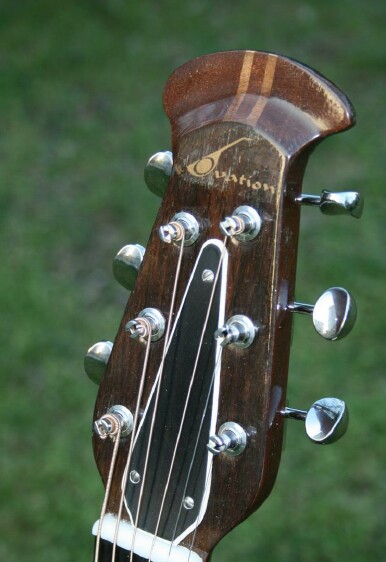 The model soon evolved into

Before they changed the bowl and top in 69

Thanks for the tip Jay. I might just do that as I like the playability of this guitar. Previously I hadn't bothered much with steel string guitars as I found they sounded very thin. But this model has good depth. The only problem at the moment is trying to record a song. As I live under the Birmingham airport flight path I have to try and get it down before the next plane flies over.Very frustrating to say the least and not something a great artist like me shouldn't have to put up with. LOL
Needless to say the airport authorities weren't very sympathetic to my plight. Perhaps I should right a protest song, see if that does any good. "How can I sing a song of truth, if a 747s fly over my roof"

Mike, now is the time to buy. Decent older Ovations are becoming harder and harder to come by. If you just want to add a pickup, K&K, Fishman, Baggs, as well as others, actually make decent pickups that would work in your guitar, where the jack is in the strap end pin. The 1127 has a deep Ovation heritage...as you probably know, it was born from the Glen Campbell Deluxe Balladeer (a rare find), which was one of the original shiny bowls of the 68 era. Glen wanted more "cut" out of his guitar, so (as Ovation did so many times for Glen) they modified that guitar, by reducing the depth of bowl, which in effect, took away some of the depth of the response. It sounds like your model is that 1st Generation Glen Campbell Artist Balladeer 1127. "Artist" soon became the term Ovation used for the modified (mid) bowl size.

O boy Siblis,
its like looking at a sweetshop window. I want them all.
I managed to get hold of a GC signature 6 string guitar a few years back. Model 1127-4. According to the Ovation site the serial number mans it was built in 1976. I just love it. I just wish I had a electric acoustic version to use at the folk clubs and when I am recording. Still Christmas is coming who knows. Thanks for the pics Siblis. They are fantastic.