Hear Glen Campbell welcome you! Introduce yourself to other fans or share a memory!
Post Reply
6 posts • Page 1 of 1

I found the video with Sandy... 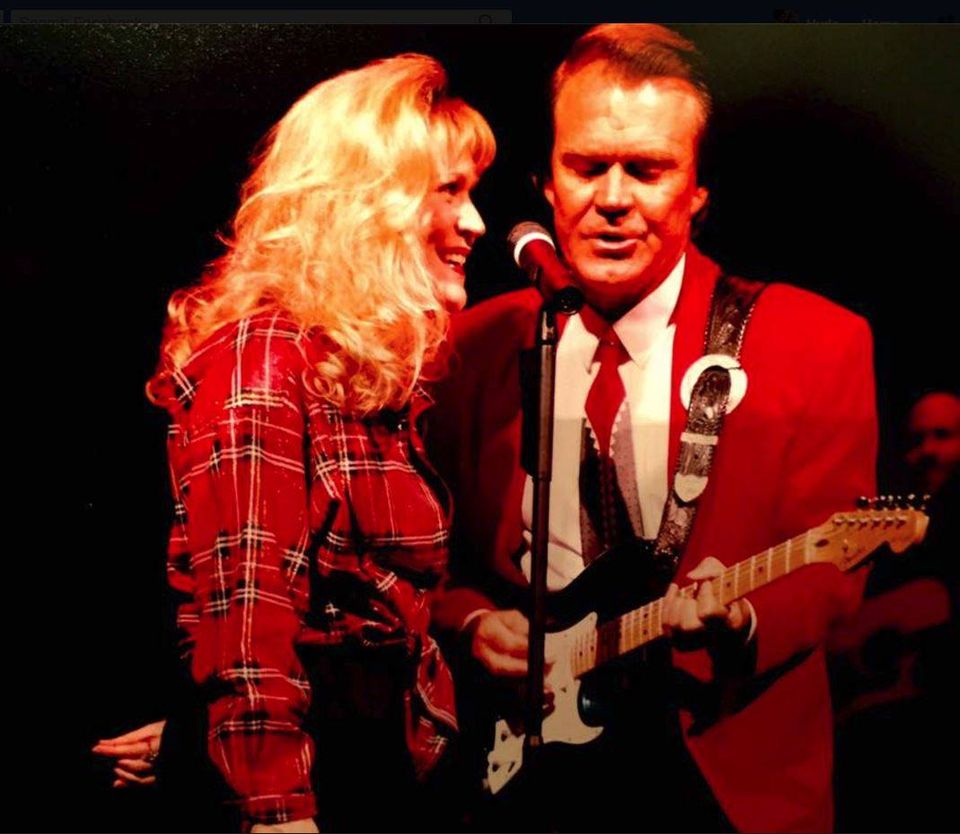 Hi, Shout out to Glen's fans and especially those of his youngest sister Sandi Campbell Brink. I worked with Sandi maybe two years around 1970. I did meet her husband Ed and have a picture of Sandi and Ed somewhere. I am puzzled if Sandi is still living. Know ED and son have passed. I recently found her song "The Sweetest Thing" on YouTube and love it. Knew she sang but had no idea such a lovely voice. If she is still living or not and someone knows I would like to hear. Of course Glen's music is classic in my book.

Andrea, I was able to find her obituary.

Hi Andrea, I don't think your father was married to one of Glen's sisters. However, one longtime fan suggested (thanks btw!) that it might have been a sister of Billie Jean Nunley, to whom Glen was married from 1959-1975. She was from Carlsbad, New Mexico. I was not able to confirm this though. Sorry I cannot be of any more help.

Hello Andrea, thanks for joining our forum. I am not an expert when it comes to Glen Campbell's siblings. I do know he had four sisters: Billie McDonald Campbell, Jane Rather Campbell, Barbara Frazier Campbell and Sandy Brink Campbell. I believe Billie passed away a number of years ago. I don't know for if one of them was married to your father but I never came across the name Cordova before in relation to Glen Campbell. I will ask around to see if we can help you with your question.

HELLO OUT THERE IN CAMPBELL LAND -
My father (after a divorce with my mother, Norma Cordova, many years later, married a sister of Glen Campbell,
whom he met at a restaurant in New Mexico. She was the bar maid or hostess there, I cannot remember the details of her employment. When my father, Andres R Cordova died, my brother told me much later, that Glen had sung at my father's funeral (April 1968), since they were brothers-in-law, and as nice gesture towards his sister.
I would like to know if anyone knows who the lady was, her name and and state she lives in, -and other details if possible- who married my dad. At the time of my Dad, 'Andy's' death, my mom, stepfather and I were living in Toronto, Canada, so we didn't attend the funeral in New Mexico.
Many years later, my half brother Philip F Cordova and I connected. He had been in the military 40 years, spending time in Viet Nam as a medic, then Korea, finally working at most U.S. bases in the USA, and being some FEMA personnel in New Mexico. By the time we connected it was 2007. Both our moms had dementia and were in their 90's. He helped me to cope with the death of my Mom Norma in 2009 from El Paso, Texas. My husband Jim Dinovo and I live in N.E. Ohio, and I've lived in the Cleveland area since 1965. We got married in 1972 and in 1986 we moved to Streetsboro, Ohio to begin a homestead on 84 acres. We're somewhat done, but there's always more to do. We're retired, but somehow still working 50 hrs per week. Him with his engineering biz, and me running a daycare out of our home, which the kids enjoy a lot.
If anyone out there knows anything about Glen Campbell's sisters, a widow by the last name CORDOVA, please let me know, so we can connect and share memories of my Dad. Last time I saw my Dad, was in Mexico City, where he had taken my Mom, sister and me to live due to his job at the U.N. where he was installed at the F.A.O. agency. He travelled a lot, and seemed to enjoy it. He was in Rome when I was born in 1948 in Washington, D.C., but he managed to get home in time for my baptism when I was about 3 months old. We went to Mexico when I was 3 or 4, and when I was 6 yrs old, he and my Mom broke up, around 1954. He returned to the U.S., and she decided to stay on in Mexico, since by then she had made a lot of friends and could speak Spanish. He last visited me when I was 10 yrs old living in Mexico City, around 1958. My Mom remarried in 1962 and that stepfather also had a traveling job, designing oil refineries. We came to the U.S. in 1965 and settled in a suburb of Cleveland, Ohio, where I graduated in 1966 from Shaker Heights High School.
If anyone knows anything about the widow of Andy Cordova, can they please ask her to email me at AndreaDinovo@windstream.net. Posted Feb 22, 2018. Thank you very much!