A look at the history behind many of the guitars Glen has used throughout his career.
Post Reply
4 posts • Page 1 of 1

Glen began playing an Ovation Viper sometime around 2000. It is felt that Ovation sent Glen the blue viper first 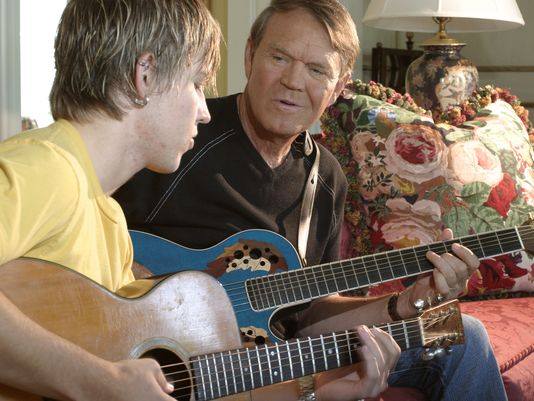 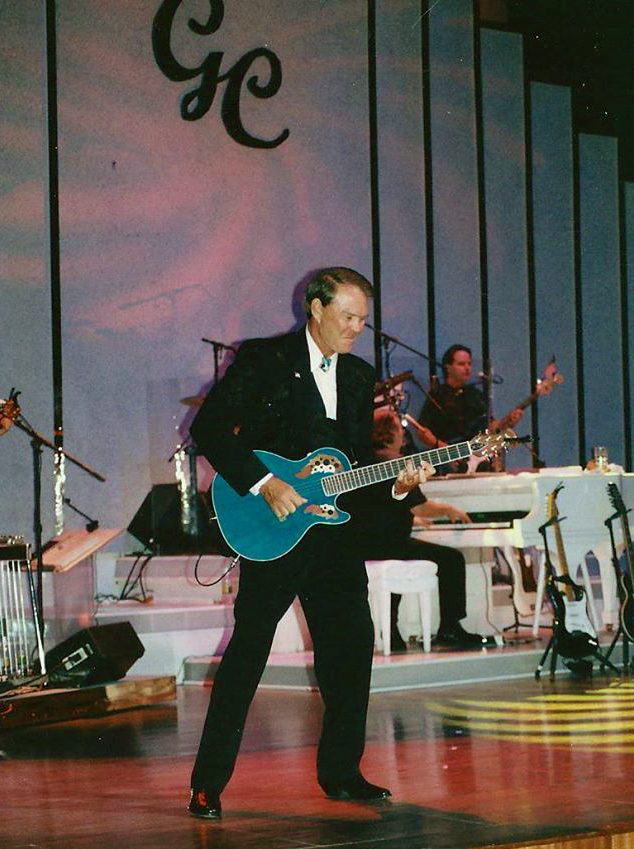 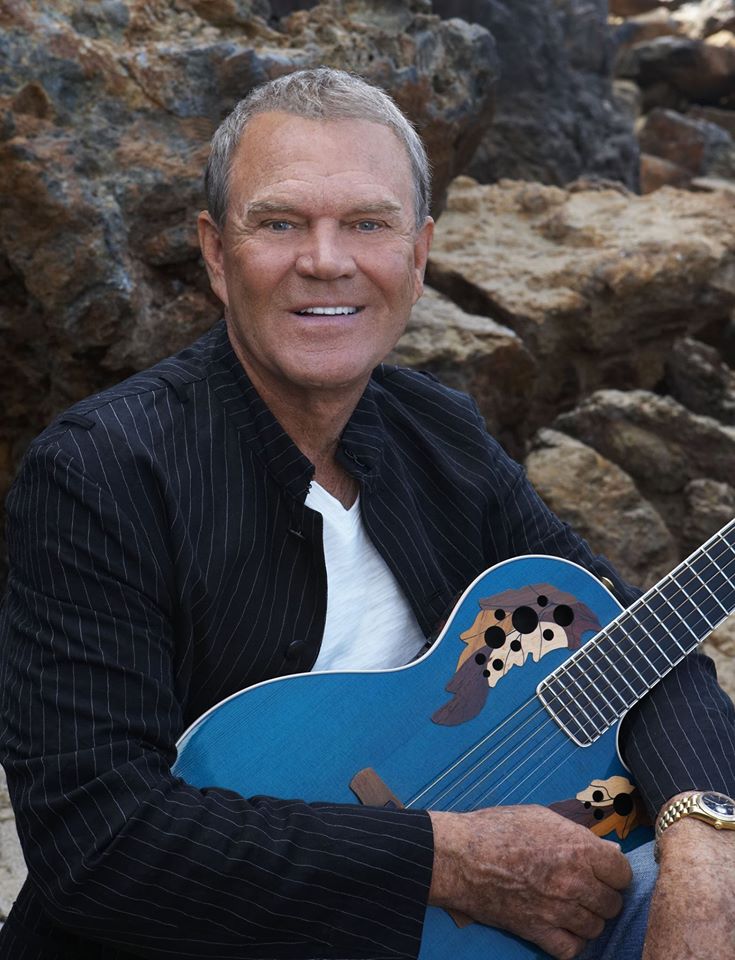 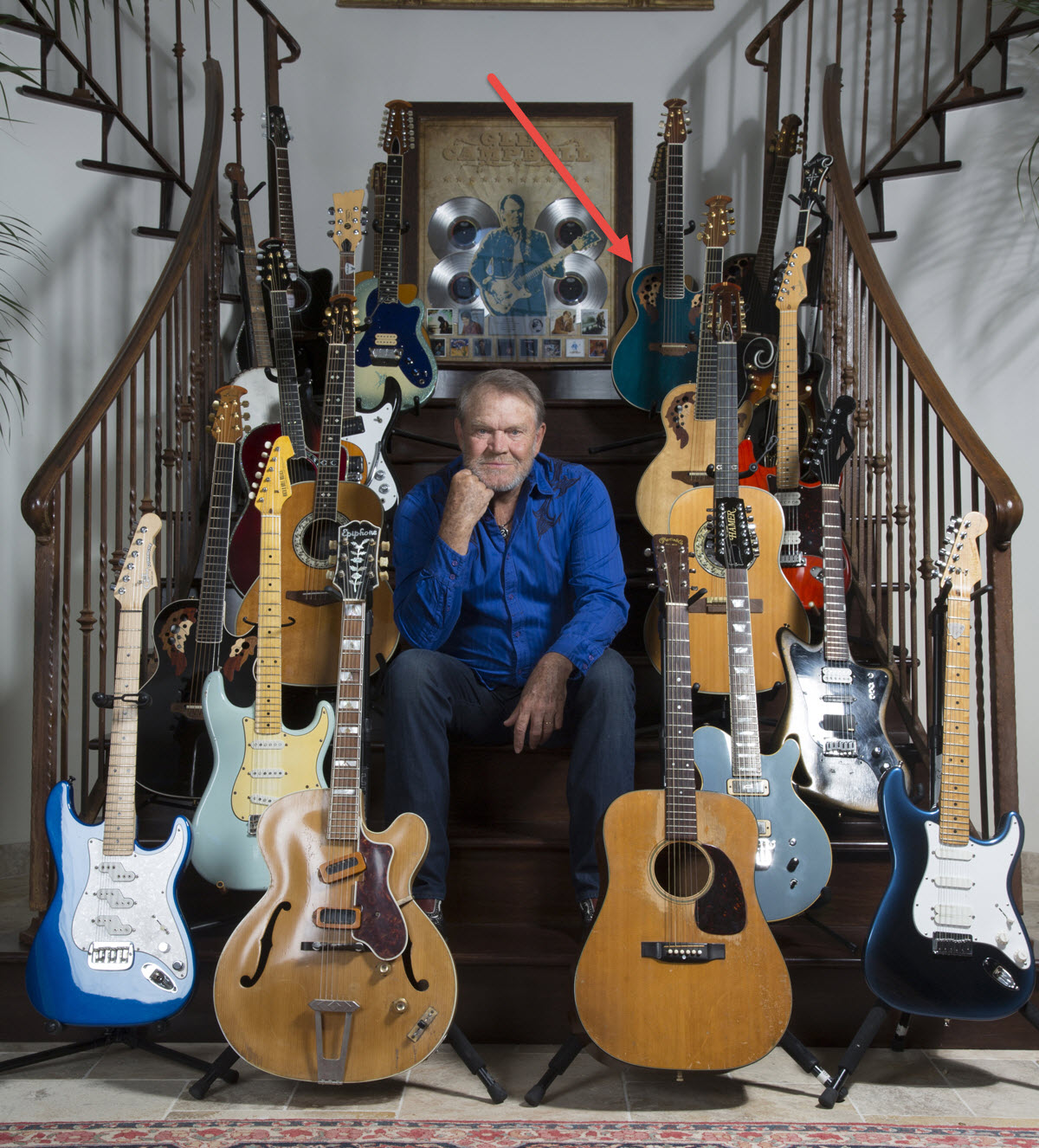 Glen's Viper at the Country Music Hall of Fame 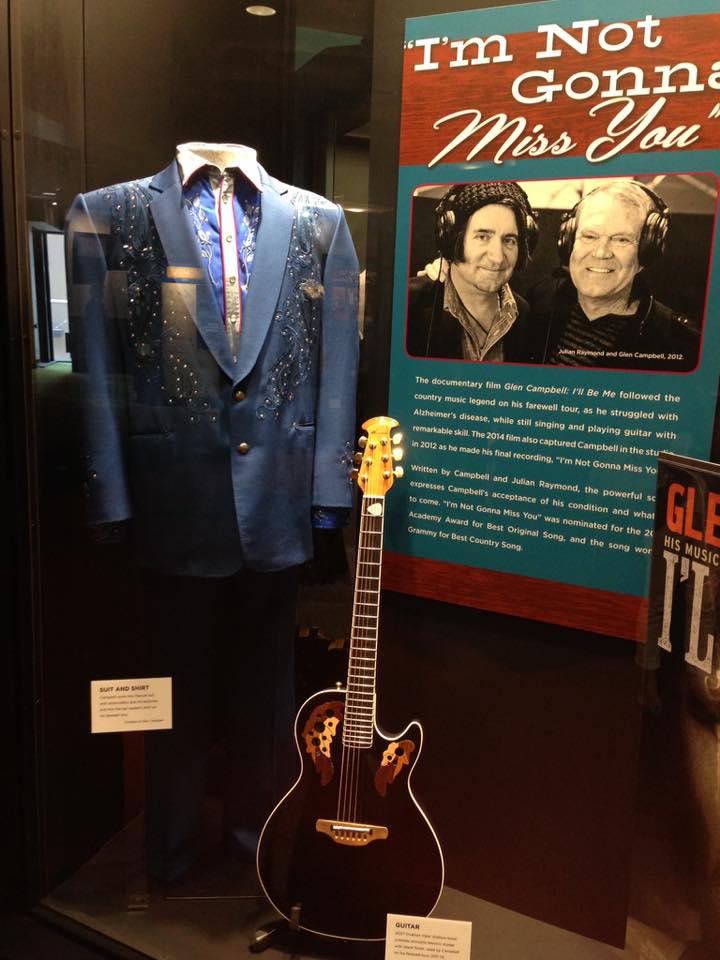 Cool story Jay. I am glad you posted this. These are the kind of things that need to be written down and remembered. Glen's favorite guitars are an important part of Glen's career.

The Ovation Viper EA68 was a solid body acoustic-electric guitar. Ovation produced the EA63 between 1995 and 2001. It was a design collaboration with the solid body experts at Hamer( a company owned by Kaman Music Company), because Ovation hadn't been very successful in the solid body electric market. This guitar was similar to the Gibson Chet Atkins line of solid body acoustic electrics. The Viper strong points were stage driven. It was extremely resistant to feedback and produced a very acoustic like response, similar to the Ovation acoustics. As with its Gibson counterpart, it had no musical value unplugged as an acoustic. It sounded like any electric guitar unplugged.

Sometime in the 90's, Glen transitioned from performing live with an acoustic, to using the Viper. For Glen, it seemed like a very nice fit. It had a fast neck and low action, and a thin body, like an electric guitar...but it produced the Ovation acoustic response. Glen used the viper, on stage, religiously until his very last concert, for an acoustic guitar.

He became so accustomed to the viper, that at one point during the Goodbye Tour, the neck was broken and during the time Ovation repaired it, he used his black Ovation Custom Legend. At one time, there was a video of the stagehand bringing him the Legend and Glen telling him that wasn't the right guitar. Ashley had to explain to him that his Viper was being repaired. 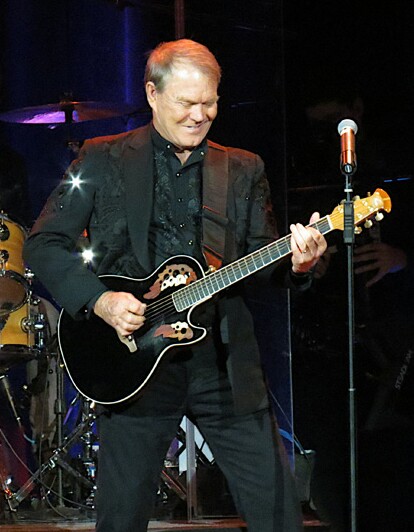 As this picture was taken shortly after the end of the tour, it is of no surprise that the black Ovation Viper is featured on the Malibu staircase photo. 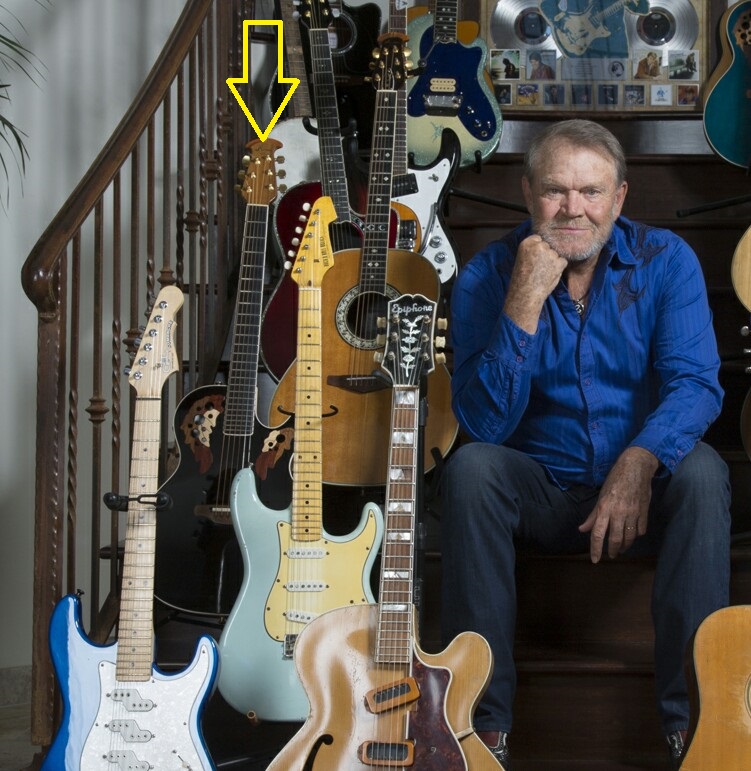 But look! The natural Ovation Viper is also on the staircase! 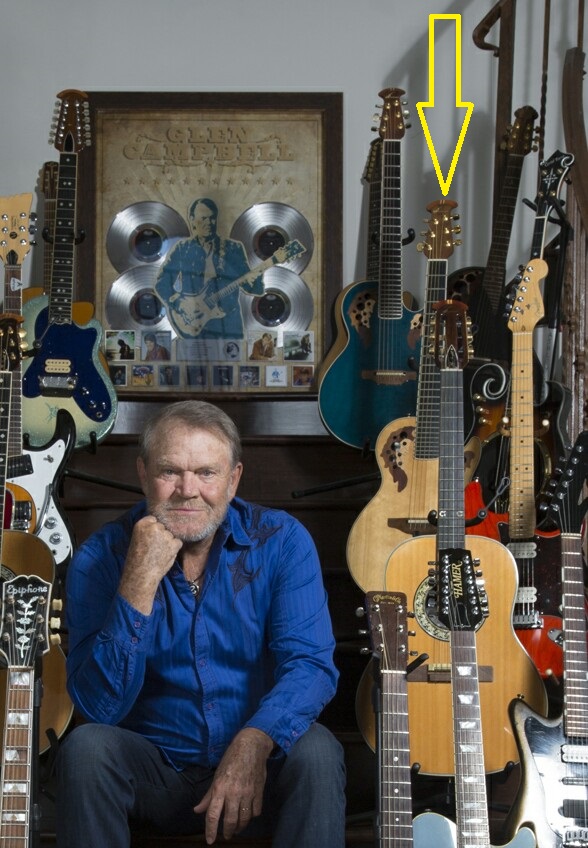 He used this guitar, prior to the black one, in the 90's. Here is a clip with the Symphony in North Dakota