by Bluebird
This Bluebird and mine in the previous post are only 2 serial numbers apart; 10049 and 10051.

by jay
All the original Bluebirds, made by Ovation, were made explicitly for Glen.

"There were about 5 or 6 bluebirds made some were six and some were 12. The bodies were the foam, same as the UK2 body, same as the Matrix and applause necks. They were made in Moosup CT around 1980 +/- a year."

Several years ago, one of Glen's Bluebirds was sold online by a friend of his. This Bluebird was given to Gary Woods, a session studio guitar player, by Glen Campbell: 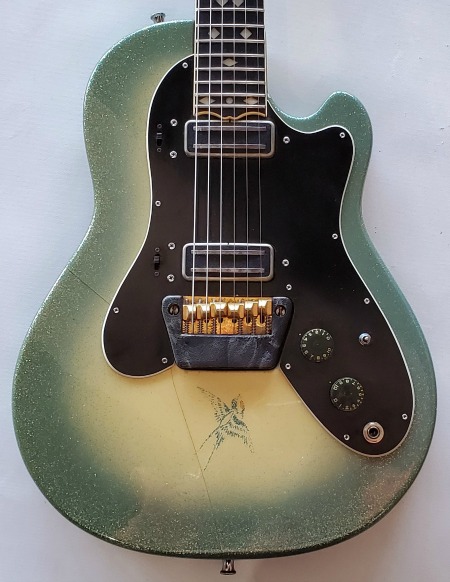 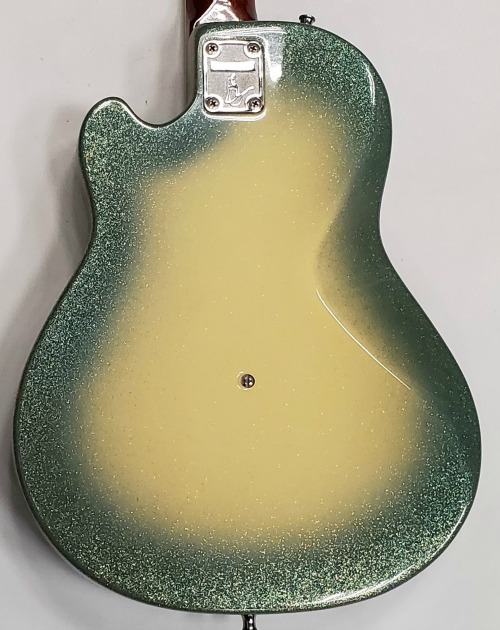 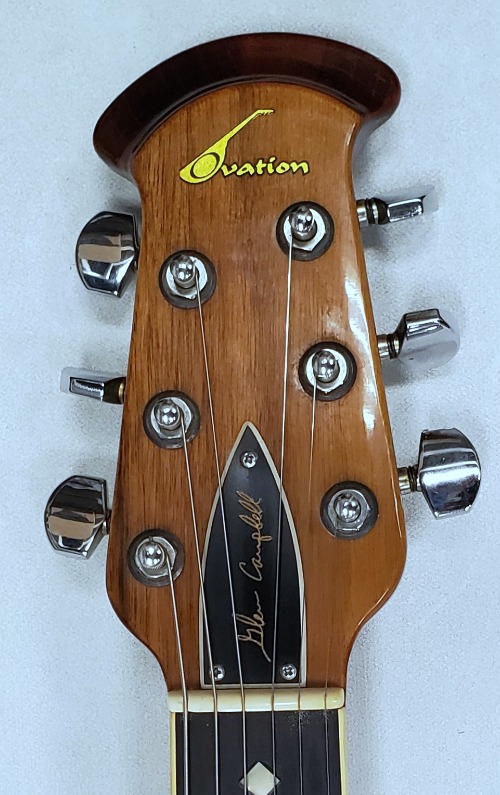 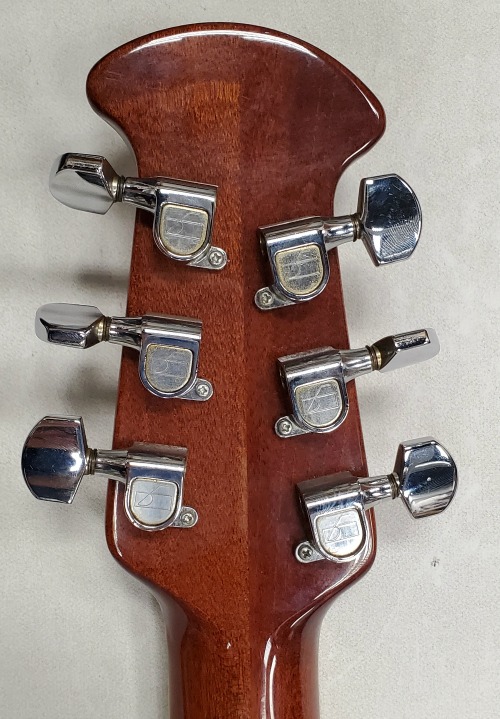 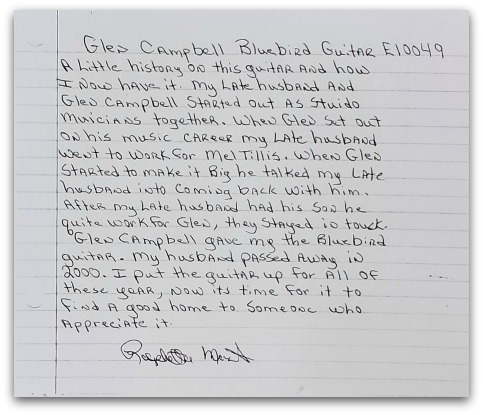 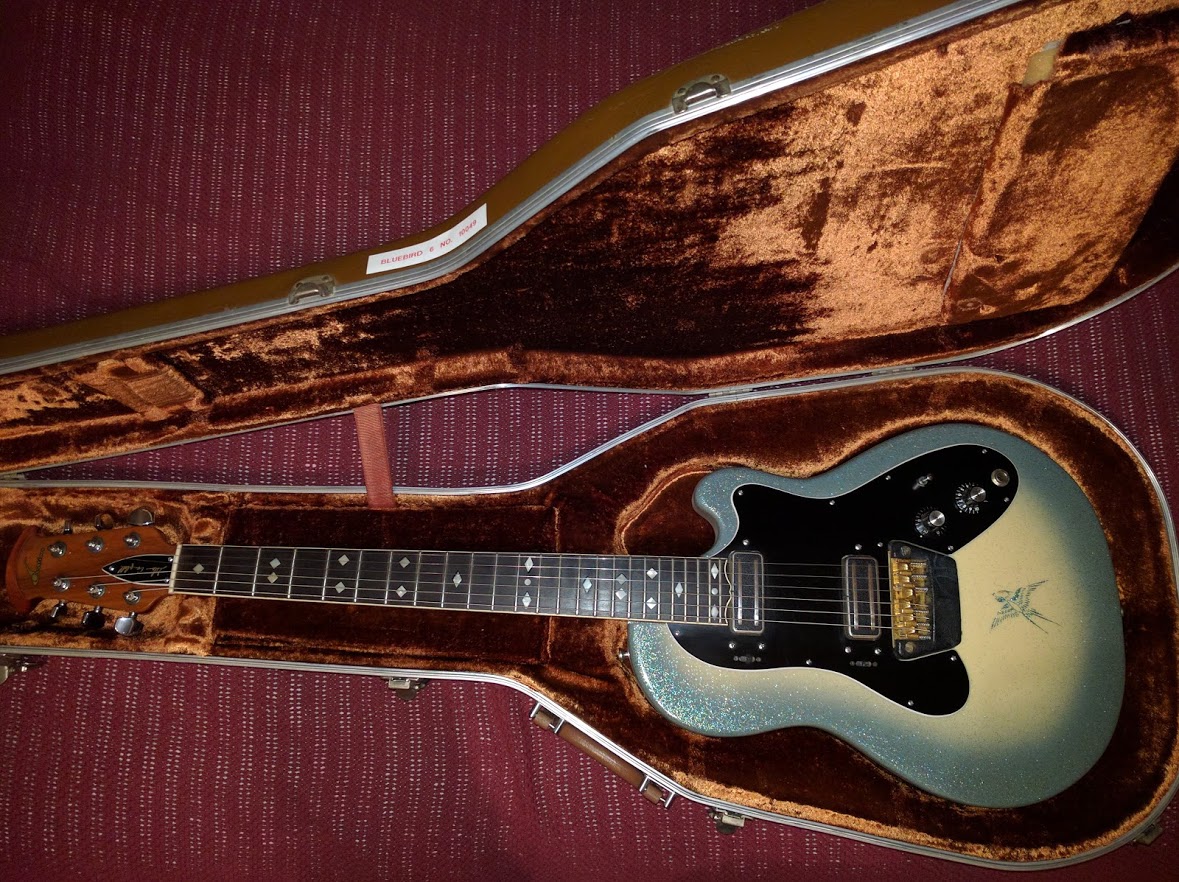 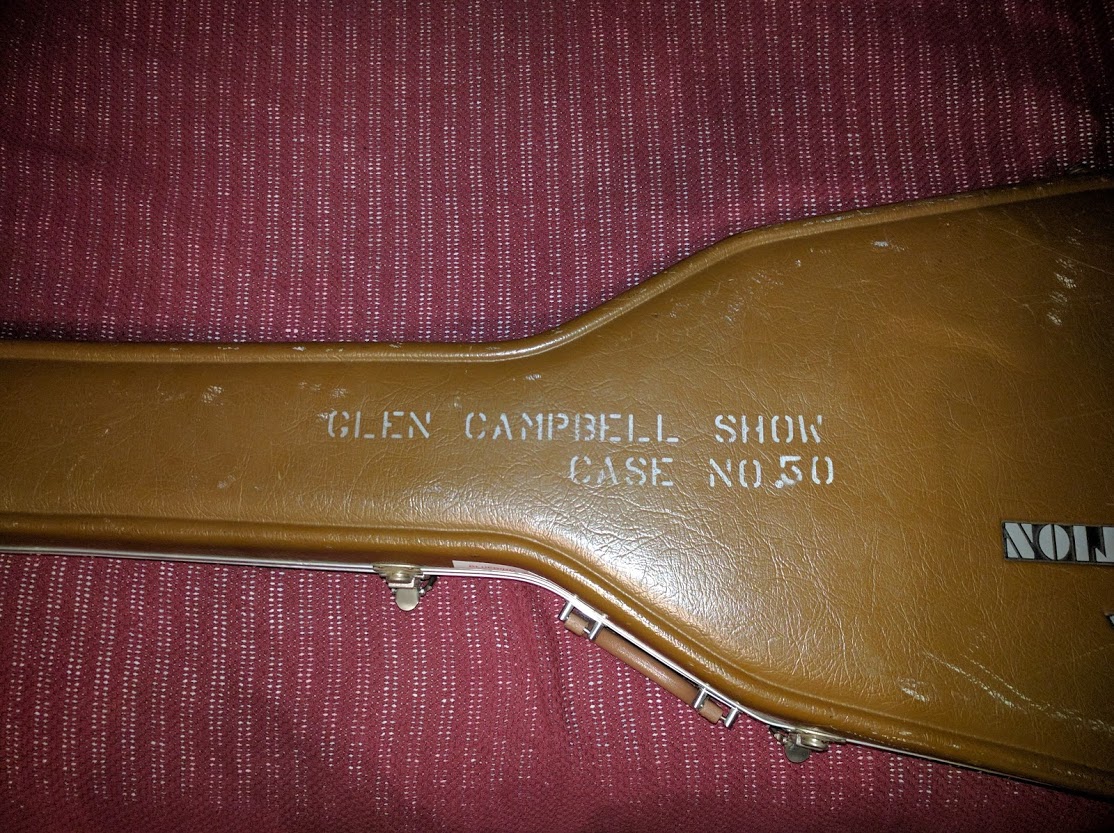 Here are a couple of bad but fairly recent pics of mine.

I believe the Bluebird 6-string that Glen is playing in the video with Captain and Tennille is the one that I currently own. It has the smaller, Viper sized pickguard and UKII type humbucker pickups with a coil-tap switch over each one to allow single-coil capability. It is the only Bluebird I have ever seen with this particular setup.

All of the Bluebird 6's seem to be a little different for each other; in the pickguard size, a variety of electronics configurations and some fitted with GC truss rod covers, some not. There was one that even had the blue-sparkle finish on the headstock as well as the body.

by jay
The Ovation Bluebird guitars were made exclusively for Glen, by Ovation, around 1980. Some quotes from the Ovation Fan Club:

""There were about 5 or 6 bluebirds made some were six and some were 12. The bodies were the foam, same as the UK2 body, same as the Matrix and applause necks. They were made in Moosup CT around 1980 +/- a year. That's the same time frame as the UK production."

"The bluebirds were made at the same time as the UK2s were in production. I don't think there were 10, maybe 8, somewhere in there. They were all made in the same tim e frame, they all had foam viper bodies which we didn't put into production. This was at the introduction of the UK2, whatever year that was. We made the mold for the arched top and back after we proved it out on the viper. The necks were all mahogony because they were deacon necks which was short scale vs the viper which is long scale, 24 3/4 vs 25 1/2. There were maybe 2 or 3 12strings, 5 or 6 6strings....Charles William “Bill” Kaman II"


So it appears that there were a total of about eight instruments in all. The general consensus is that five were 6-strings and the rest were 12-strings. The fact that Ovation would design a guitar model for the exclusive use of one artist underscores the strong company/artist relationship that Glen and Ovation had developed over the years. At first glance, these guitars appear similar to the solid body Viper models that were produced between 1975 and 1982, the only commonalities they share with the Viper model are body style, the headstock shape, and bridge hardware.

Although specifics seem to differ slightly from one Bluebird example to the other. The one pictured here belongs to, and is used by permission of, James Wong. It is probably the only one signed by Glen: 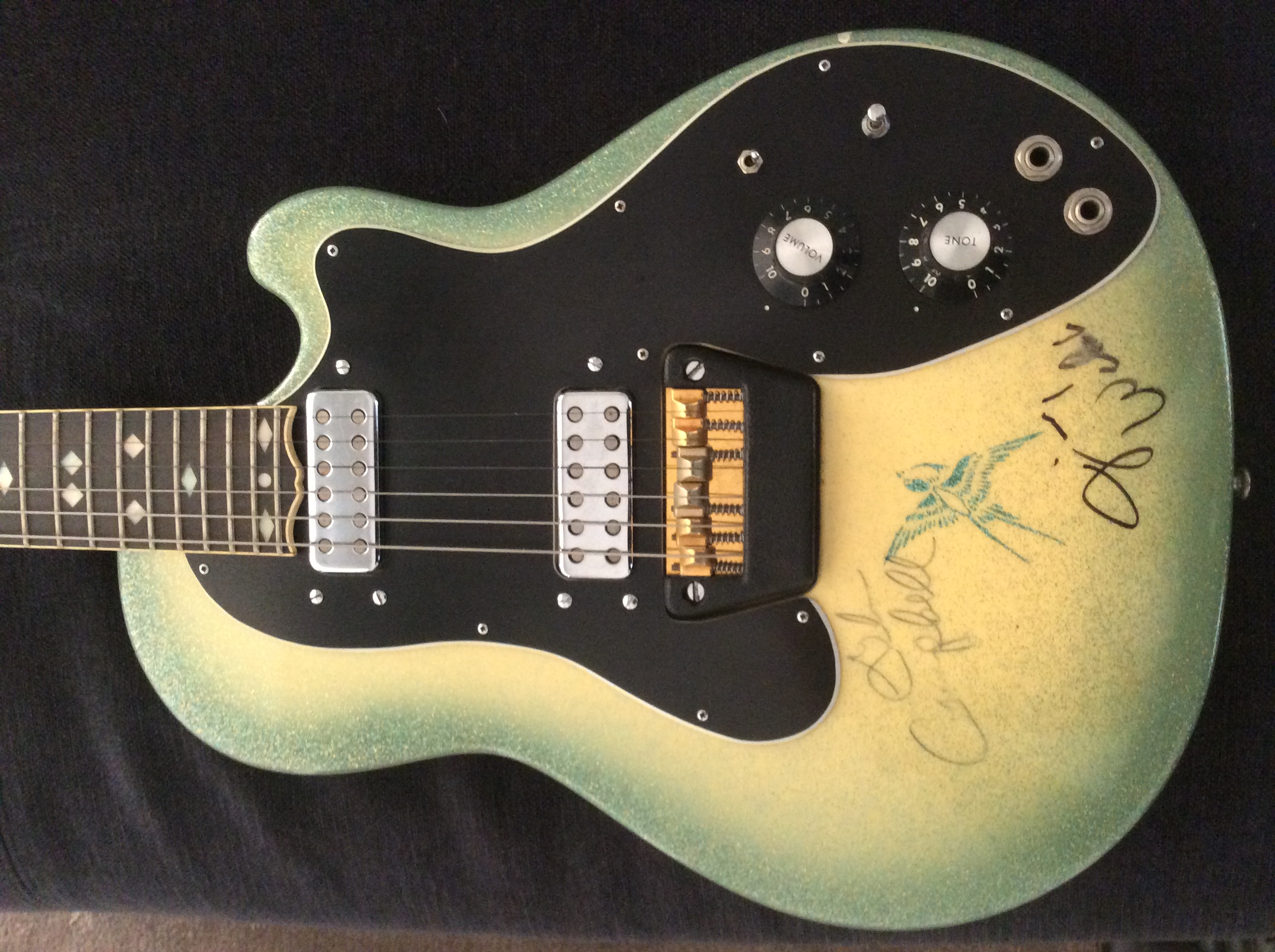 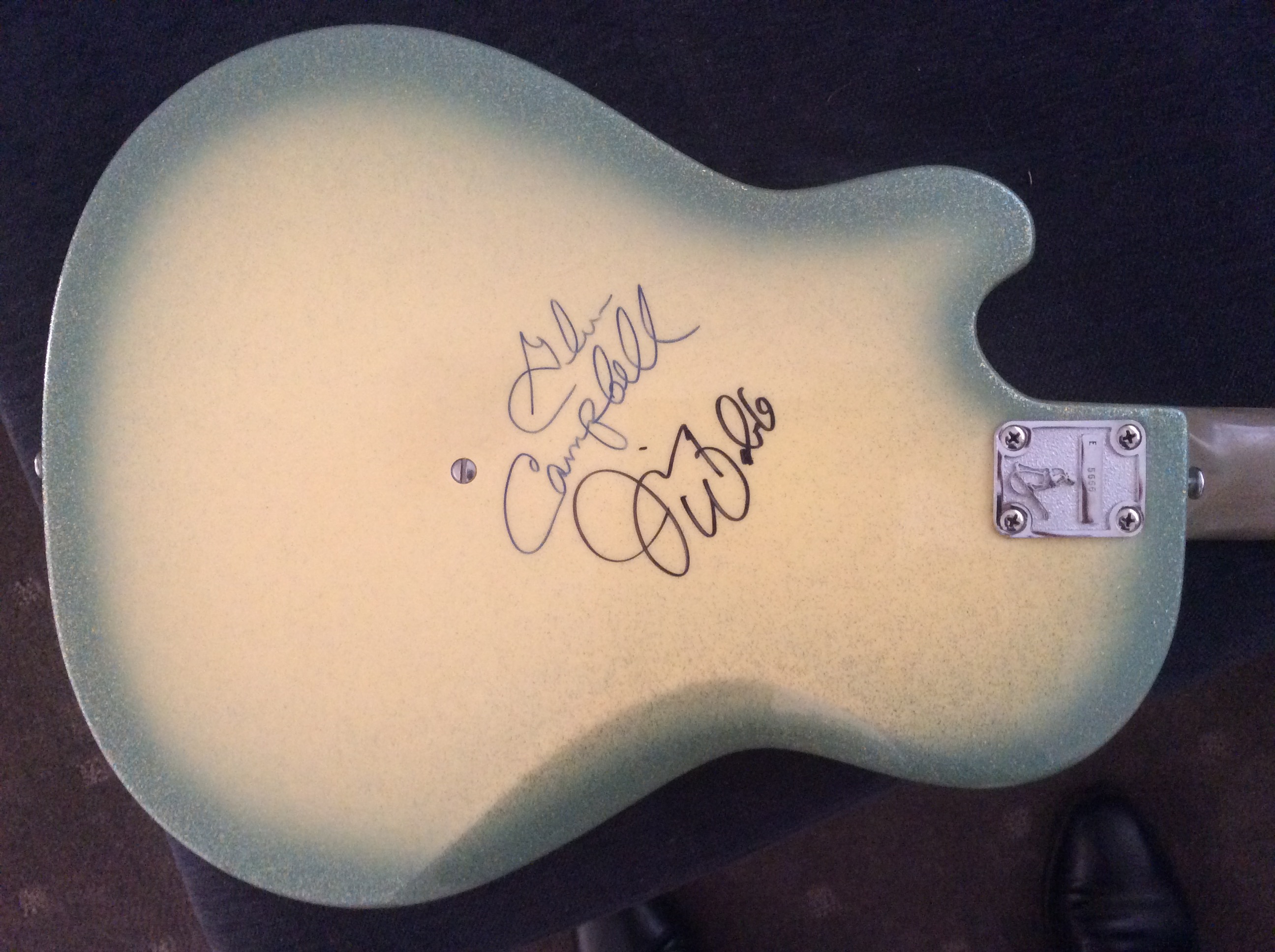 Typical configurations seemed to be electronics similar to the production Deacon/Breadwinner models of the day, with a notch filter, combination pickup selector/out of phase switch and a single set of volume/tone controls. Under the access cover in the back, there are two miniature trim pots; one to adjust neck pickup volume and the other to increase or decrease the amount of “out-of-phase” effect as desired.

Ovation has always been known for experimenting with non-traditional materials and methods of construction and the Bluebird was no exception. The body was constructed of polyurethane over an aluminum frame. This unique feature was introduced to the production line somewhat later with the introduction of the UKII model. Most noticeable is the striking blue burst finish, which is exclusive to these guitars. The basecoat is a cream color with a baby blue/slate grey bursting on the outer edges. Before the clear coats were applied, gold and blue metal flake were applied, which gives the guitar the unique quality of seemingly changing colors from blue to aqua-green, depending on the lighting situation. The “bluebird” image seen behind the bridge area of the guitar is not a decal or painted on, but is done in the same gold/blue metal flake that was sprayed over the rest of the body.

Glen, off and on, played the 6 string bluebird for several years, beginning around the late 70's. He did not seem as committed to it, as he did his Bluebird 12 string. He played the 12 string from about 77 to around 91, when the guitar was damaged by the airlines.

Ovation Re-Issued a limited number of Bluebird look alike guitars. At first glance, they appear authentic but were made with traditional wood and materials. I would doubt that any more than 2-3 were made of the 6 or 12 string. 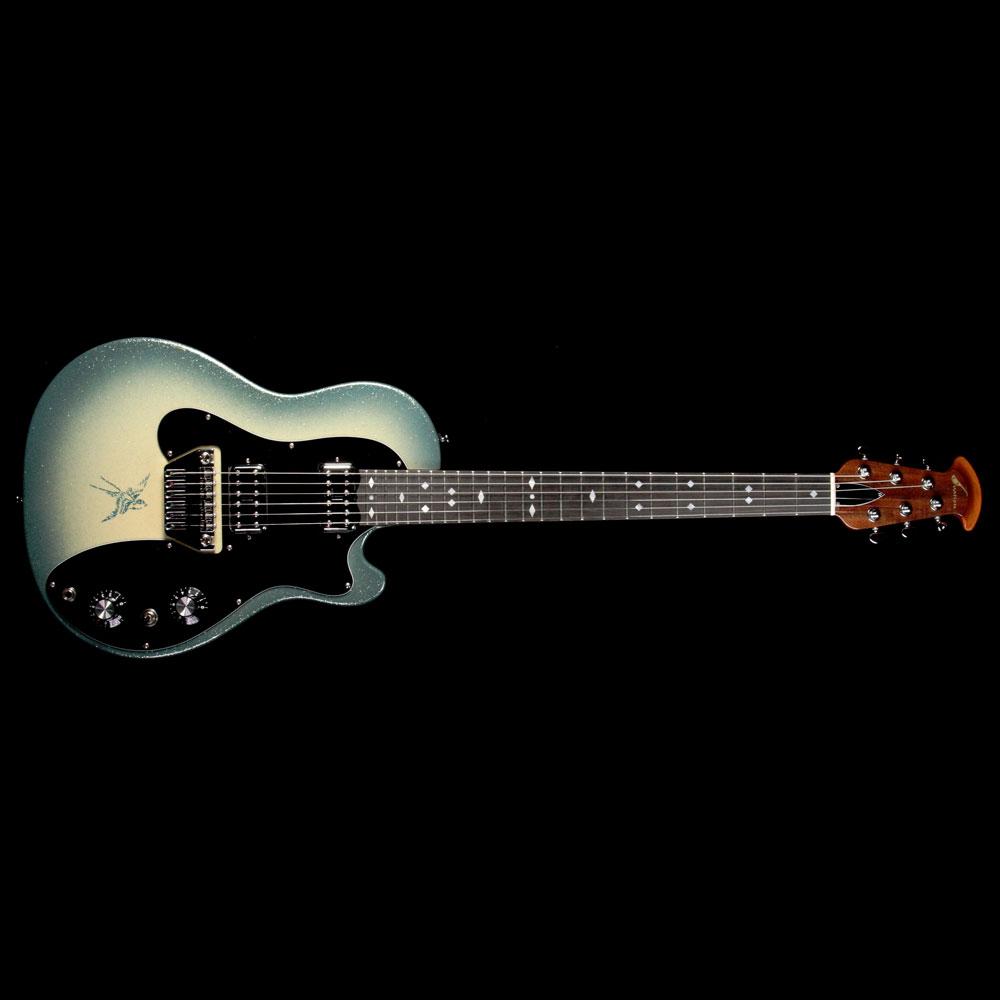 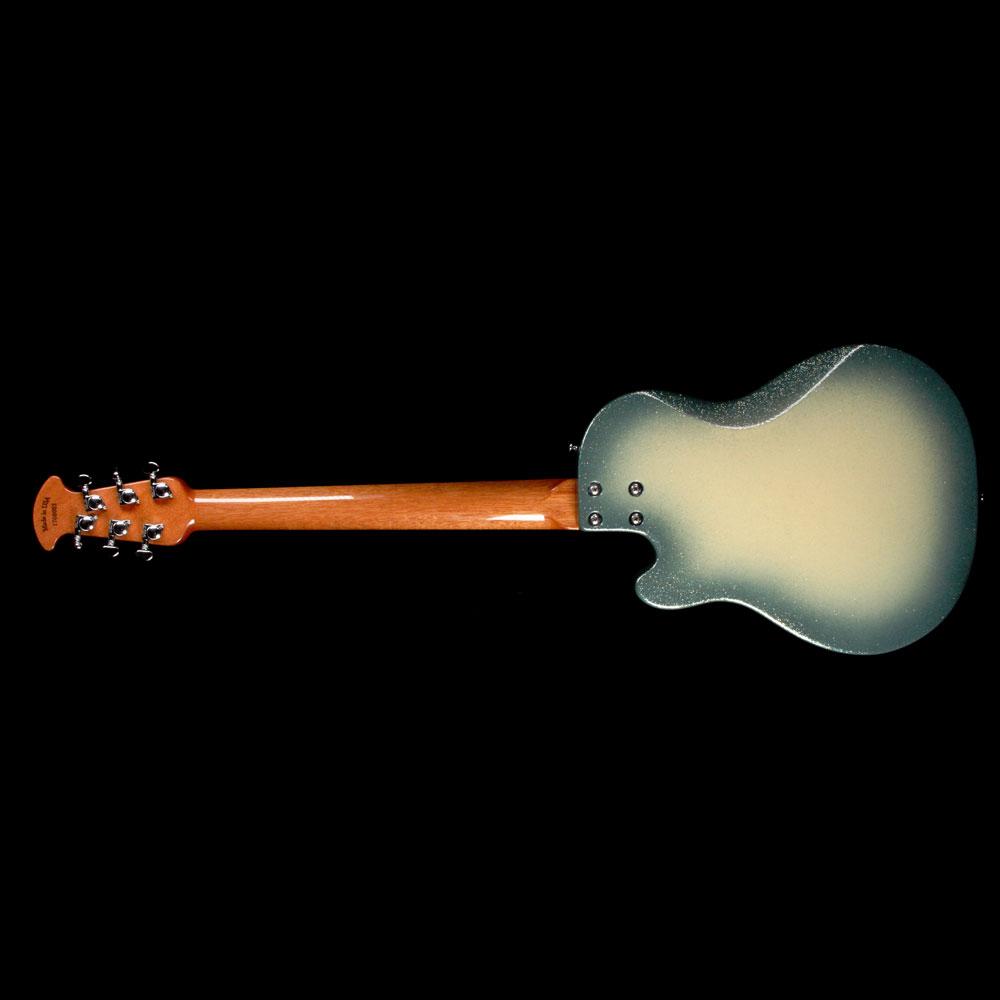 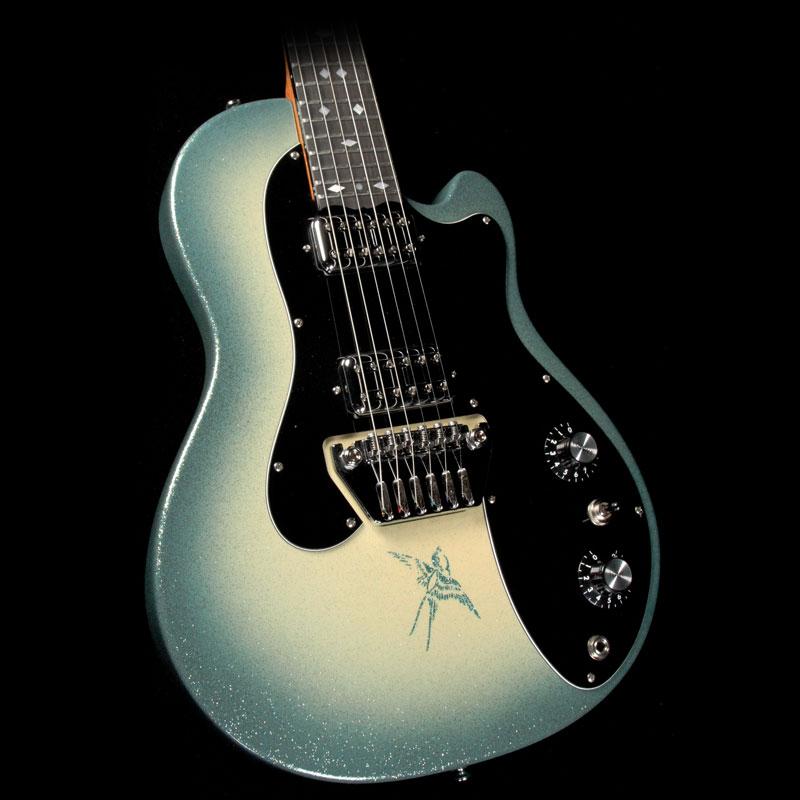 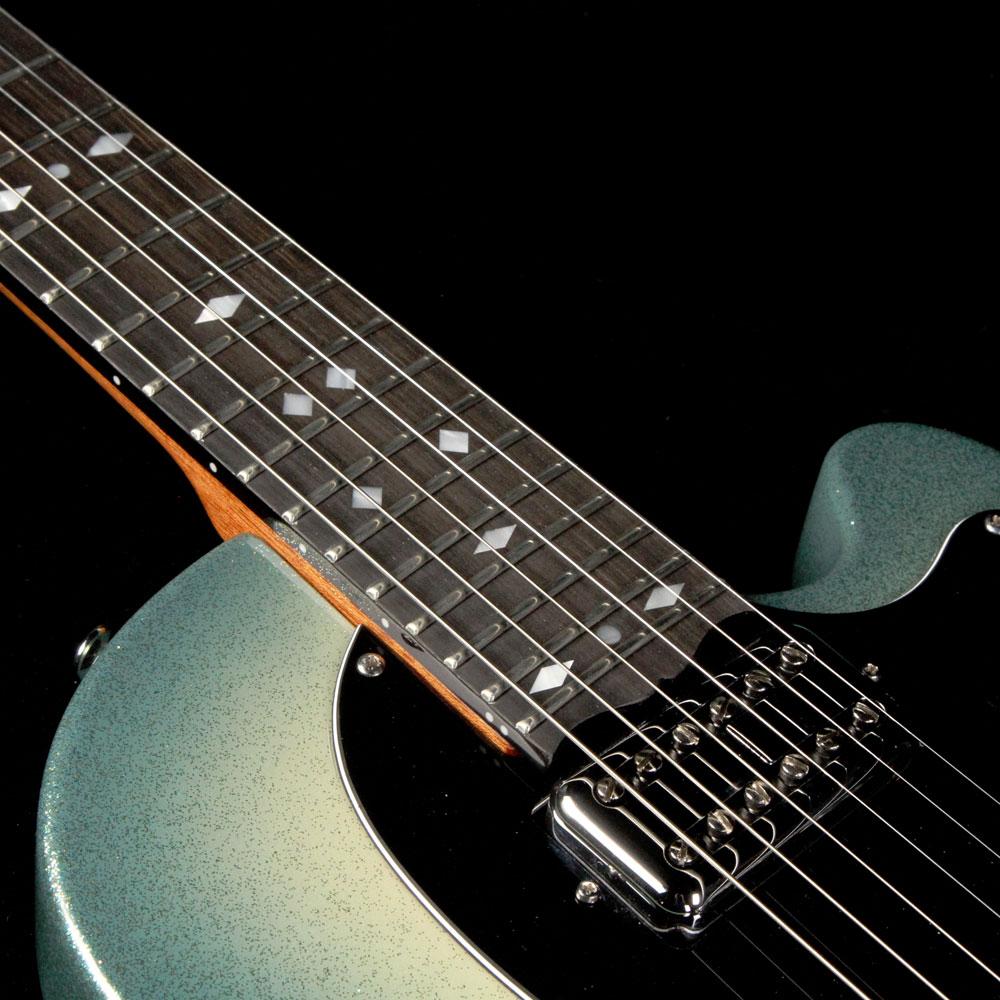 
Here is a video of Glen playing one of his six-string Bluebirds: