by jay
Glen playing with Cal, at home, during the Goodbye tour 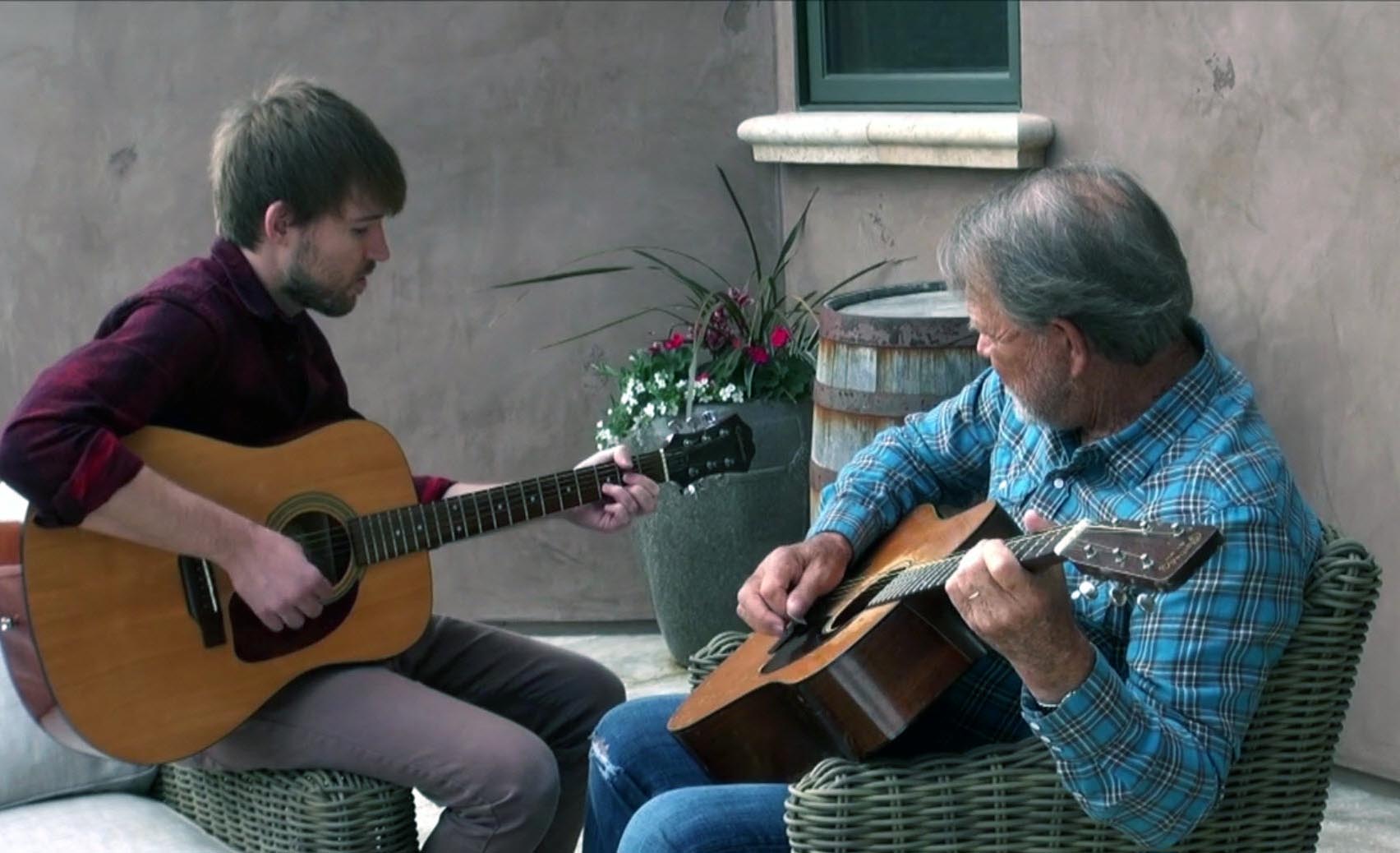 One more picture from the tracks... 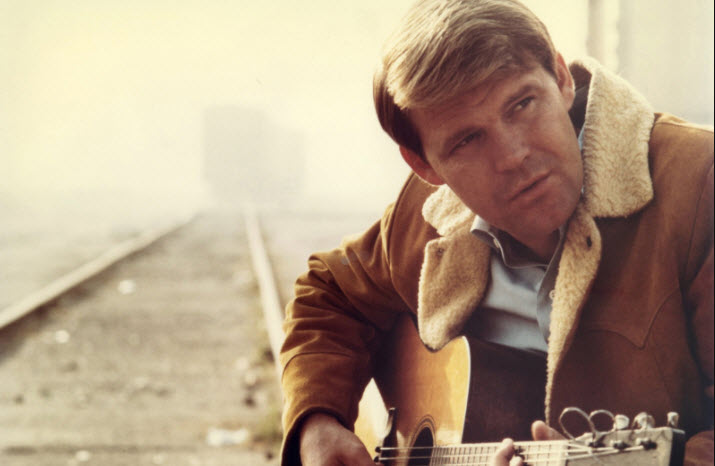 by jay
From the pictures that I have seen, my guess is that the guitar was worn in those area's before Glen got it.

by Mike Joyce
jay, it's a strange area to have wear and tear. The only guitarist I can think of who would play that far up the strings on a regular basis is Johnny Cash.

by jay
Yes, I think that the D-18 had wear on it when Glen got it, for a couple of reasons.
There are pictures of it, in the recording studio that would indicate that ... as well as... Glen's strumming and picking was textbook. None of his guitars had wear on them from pick use (or misuse). Just my .02.

by Mike Joyce
Hey Jay,
I would like to second Dee's remarks. I too hadn't made the links between the various guitars that Glen has used over the years. I assumed Glen bought or was given guitars by Ovation and kept them for relatively short periods. I had no idea Glen kept them for decades after he originally bought/used them. The Ovation Bluebird I guess was the first to catch my attention as I had seen it on the front of the Festival Hall album and of course in concerts after that time. You truly have given me a good education and a deeper appreciation of this aspect of glen's life. So thank you Jay, for all your hard work. I for one really appreciate it.
As regards the Martin guitar; In the Phoenix picture it already shows signs of age on the front, by the scratch board. Do you think it was several years old at that stage already or was that due to the repair work done on it.
I love the fact that Glen has a fondness for these guitars, as they are a part of his own history and career and have a great sentimental value to him as well as his fans, when they saw them on display..

by jay
Here is a picture taken of Glen with his Martin D-18, probably during the "By the Time I get to Phoenix" photography session, that was taken in LA. 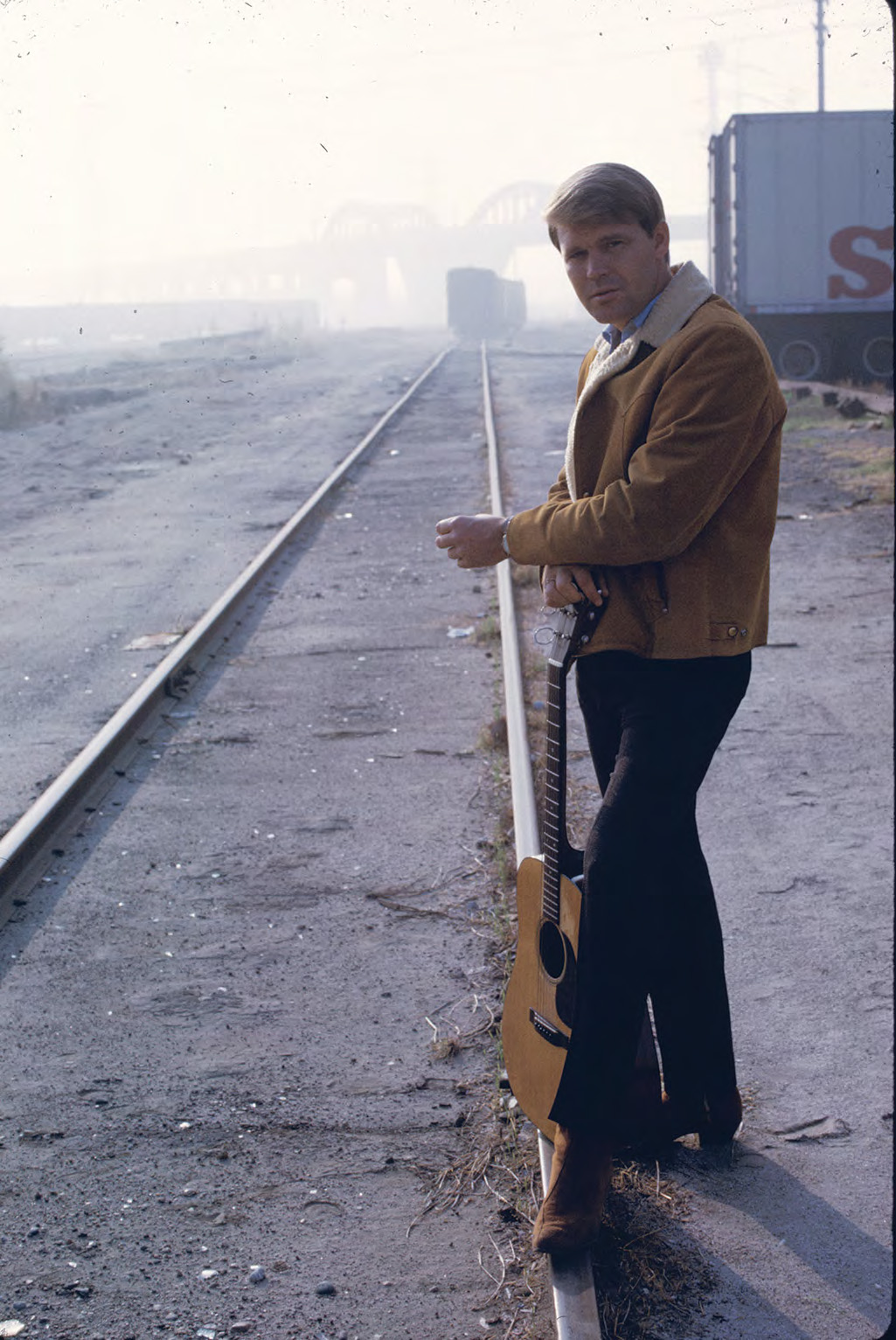 I am pretty sure that it is taken, at the LA River Railroads, looking back at the Sixth Street Viaduct, that spans the LA River. 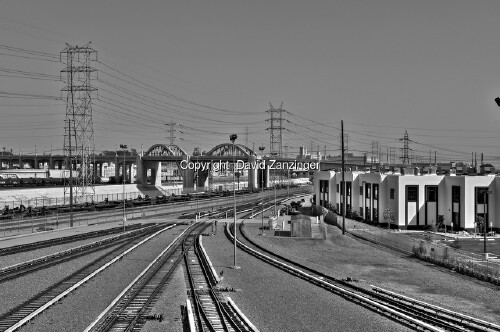 Glen's D-18 Martin, is very distinguishable by the wear on the soundboard.

by jay
Here is a picture, that has surfaced, of Ashley playing the D-18, right before Glen and Kim moved to Nashville. 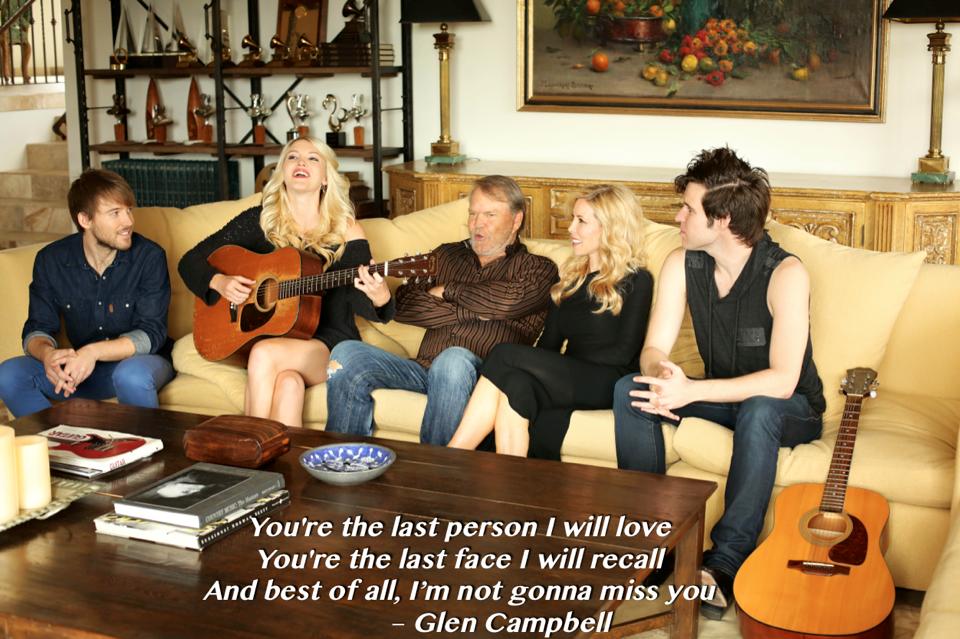 by jay
Of all the acoustics Glen has played in his career, the Martin D18, that he used in the early 60's, as a session musician, appears to have been one of his favorites. One of the stories told is that in the early/mid 60's Glen was playing golf with a guy that pulls a Martin D18 out of his trunk in the parking lot. The guitar was damaged. Glen took the guitar and had it repaired. He then used it exclusively in the studio, while with the Wrecking Crew. I have seen other stories on how he acquired it, so how Glen came about owning it is unclear. What is clear, is that this is a guitar that Glen obviously decided was a keeper.

You can watch it being played in the "These Days" video

Glen recently had his picture taken with it, in 2013. 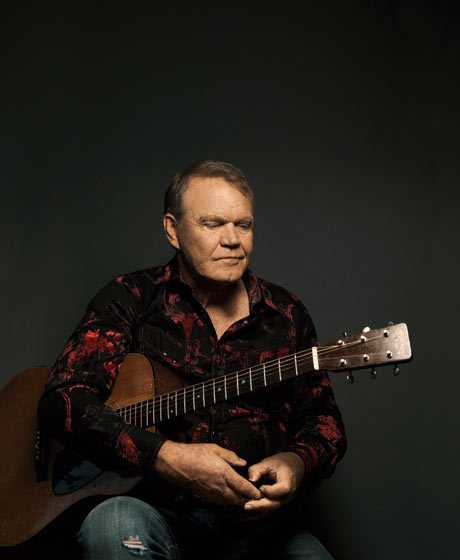 and another picture taken at his home in Malibu on the staircase: 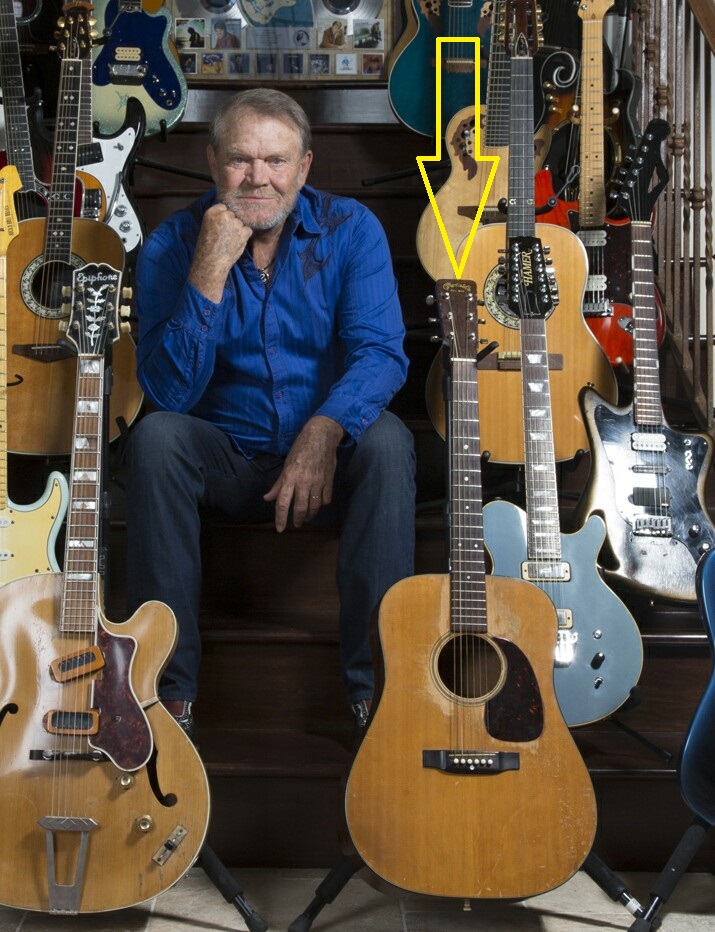