Glen Campbell with his Teisco in Baby, The Rain Must Fall

by jay
In Baby, The Rain Must Fall, Steve McQueen is a troubled singer (whose band includes Glen Campbell) recently released from prison. This is Glen Campbell's film debut, in an uncredited role in which he used his Teisco T-60 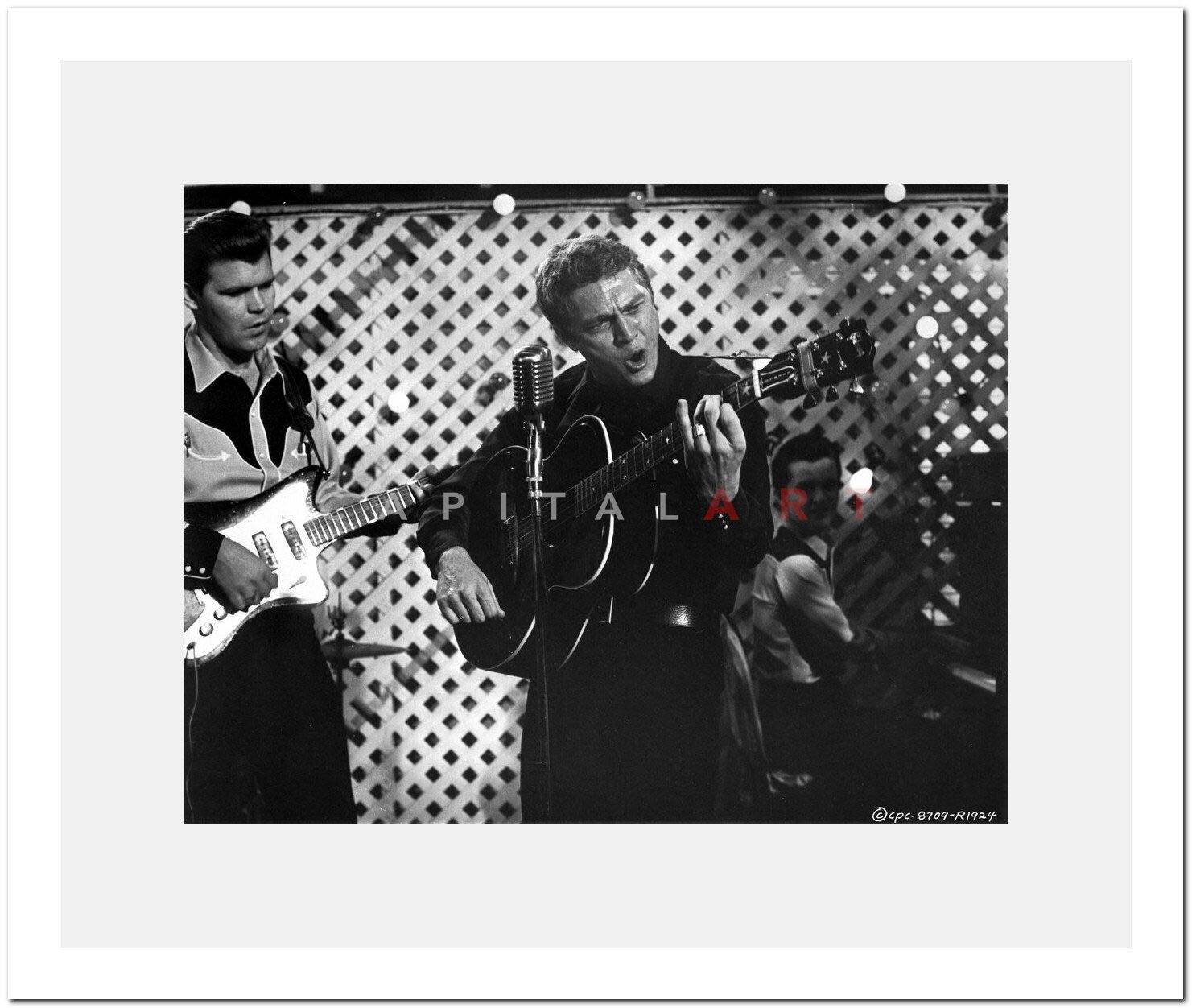 by jay
Had not seen this picture 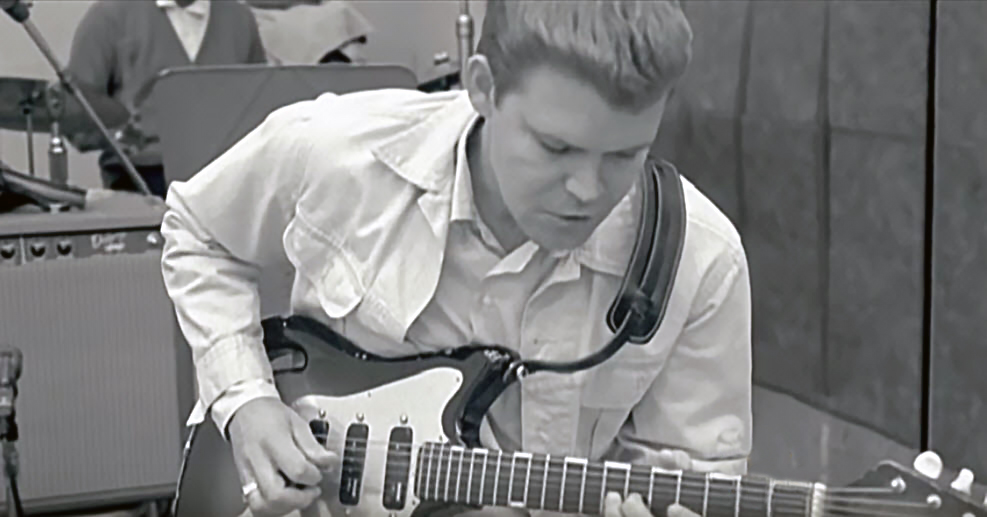 by jay
Glen playing his T-60 in a studio picture with the Blossoms (Fanita James, Darlene Love and Jean King) and Phil Spector. 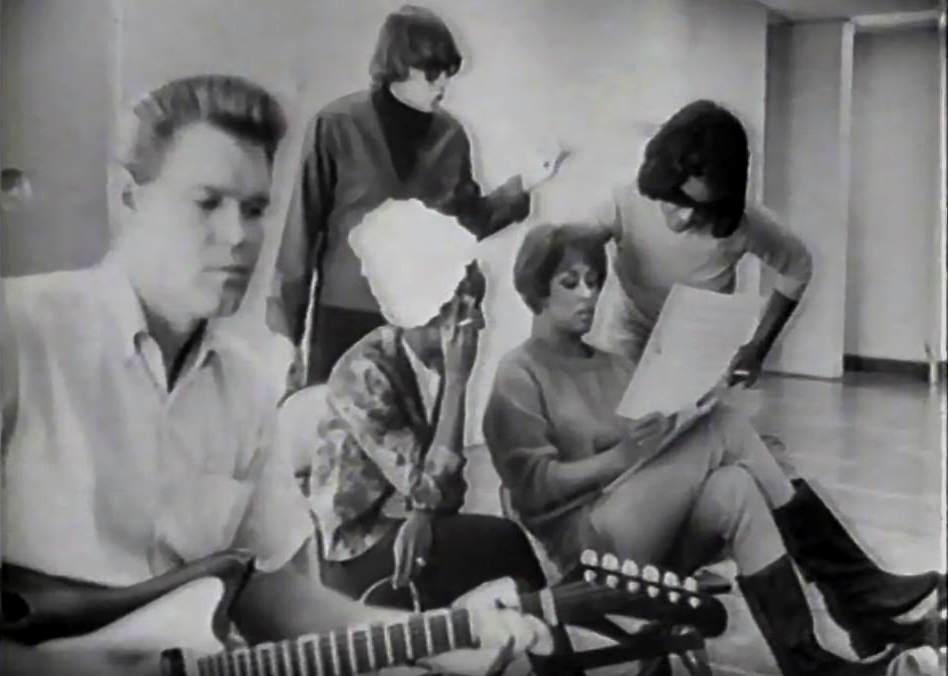 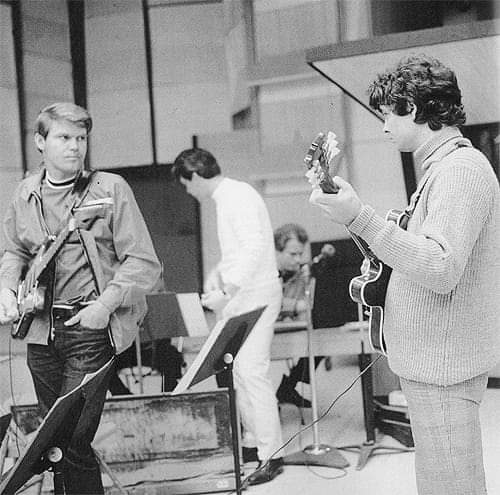 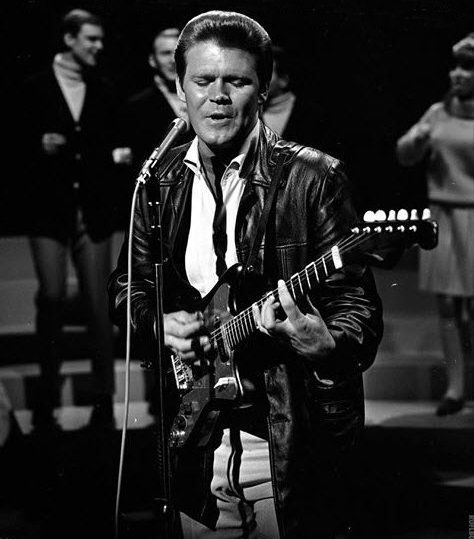 by Bob Willard Henke
Early on when I was working with Glen he pulled this guitar out and told me it was his session guitar. He had me take it home and get it set up so he could use it on the road. At that time it had a Telecaster Bridge pickup on it and I think the other pickups were the originals. He played it on a few short tours and it went back into the closet. I only saw it again when I was at Glens home. I told Glen that it was the best sounding guitar he had and it was, although, he could make any guitar sound great.

by KMFrye54
You know, I'm starting to wonder if that was perhaps Glen's "test-bed" instrument, one where he used an inexpensive basic guitar to try out different configurations and hardware. Chet Atkins had one, a great big Gretsch that had so many different things tried out on it that you'd need an entire book to keep them straight! Les Paul had one also, while Leo Fender was an inveterate tinkerer. I am sure there are more out there.

Perhaps this is Glen's experimental toy?

I am assuming Glen had the same experience. Check out the staircase picture!

It appears the original guitar had 3 single coils. 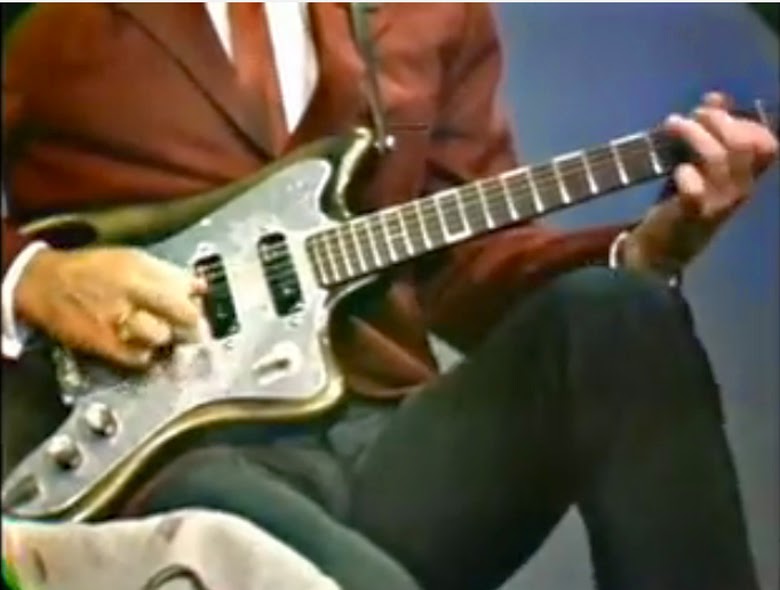 But the final configuration seems to have a humbucker on the bridge, a double coil at the neck position and a dual rail ceramic in the middle. The single knob/lever pickup selector has been vastly modified into, what appears to be, about 4 switches. The bridge has definitely been replaced (you can actually see the old screw or bolt holes in the body). 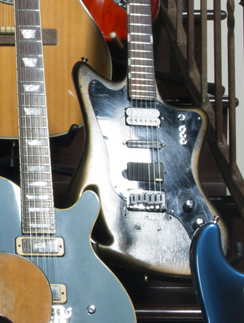 It also seems like he changed the tuners out. You would think that the inline 6 setup would provide a straight shot from the tuner to the nut. Not so much on the T-60.

by KMFrye54
I had three different Teiscos in the early days- hated all three. I had a solid body two pickup (probably a J5) with their name on it, a "reagent" made by them that tried to copy a Gibson 355 and a strange, non-branded one that looked like someone put a guitar neck on a Hofner violin bass (a la Paul McCartney). One came from a department store- "Woolco", the others were used.

None stayed in tune for more than a song, Two had warped necks out of the box and the 355 "clone" came with some sort of whammy bar that, because it was tied to the unpinned bridge would change the tuning if you brushed against it.

But they were cheap and I was 15-17, they looked good (at least at first), and if you played 'em loud enough, no one really cared.

Why a pro like Glen had one (and kept it) is puzzling. By the time those early pix were taken, he should have been using pro-line guitars on records, you'd think.

Maybe his was the one-in-a-million that came together just right. All I know is- mine weren't. 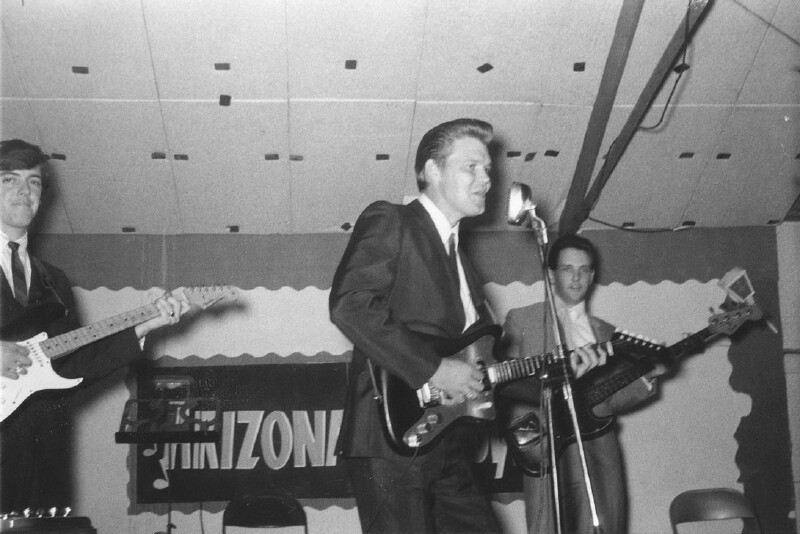 by jay
Teisco was a Japanese manufacturer of affordable (cheap) musical instruments from 1948 until 1969. They were imported into the US sometime around 1950 and were often rebranded by other "affordable" guitar companies. Teisco typically copied the popular guitar designs, but the T-60 was an original design that had a "monkey" grip in the body, and the cutout in the headstock.

The T-60 was entirely handmade and very ambitious for its time. It features a fine set-neck design with a deep-V neck profile and solid-wood construction. The pickups, designed and produced in-house, feature adjustable pole pieces. They measure in the mellow 4kHz range, but sound quite lively The rotary switch permits individual pickup selection, and each pickup offers nice, round tones with a touch of twang—somewhere between a Stratocaster and a Telecaster. Probably the most striking feature of the T-60 is the “monkey-grip” body cutout and the headstock that echoes it. This was the first instance of this signature Teisco feature, and on the T-60 it was carved completely by hand. T-60s were produced until 1961, but then disappeared, when Teisco started mass production for N. America.

Here is a page from the Teisco Japanese catalog showing the T-60: 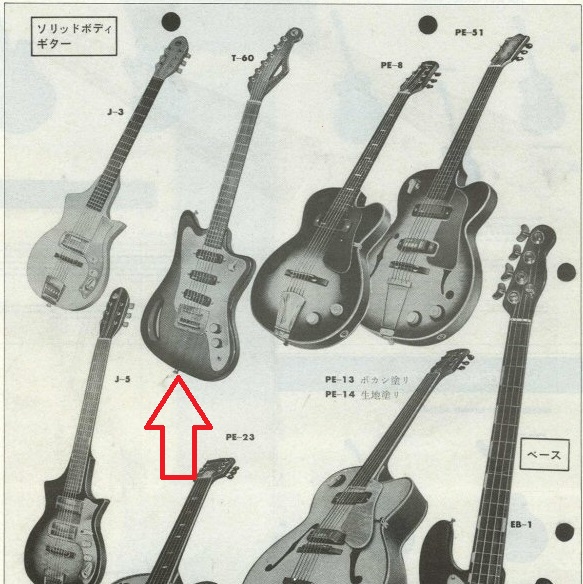 I am not sure why Glen took a liking to this guitar. You wonder how he found it (it wasn't an export guitar)! It certainly was inferior to the Fenders and Gibsons, but he showcased it in the early 60's on Star Route as well as other shows.

Additionally, as witnessed by this picture, Glen used the Teisco while with the Wrecking Crew, as well as HERE


Glen soon moved on to using a Fender electric, Mosrite, Ovation, back to Fender, then to G&L...but it is apparent that Glen had fond feelings for his T-60 because it was one of the guitars he choose to surround him in this picture that was taken on his staircase in Malibu: 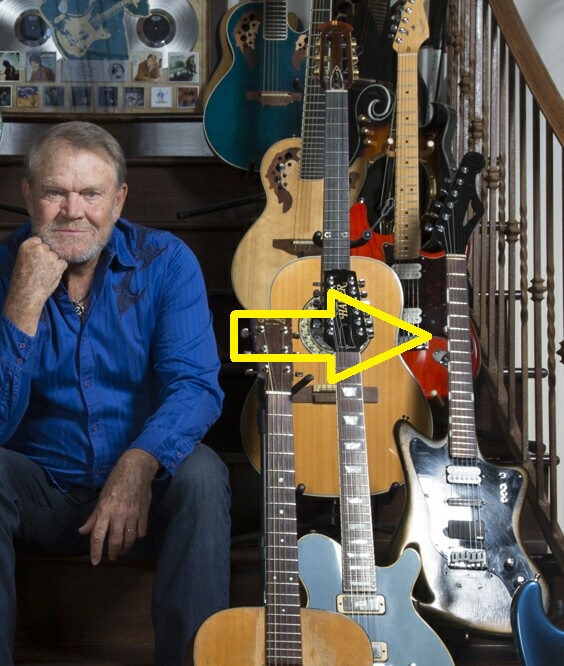