by jay
Mrs. Lasater, Slims wife, shared that Slim and the band played at the State Fair from 1948-1955. The following picture of the Rio Rhythm Riders was taken in 1951 for the New Mexico State Fair. This is probably a promotional picture that was used for the ’51 State Fair advertisements. Too bad this wasn’t from the following year, as we feel certain that Glen played with Slim and the Rio Rhythm Riders at the state fair, in 1952. 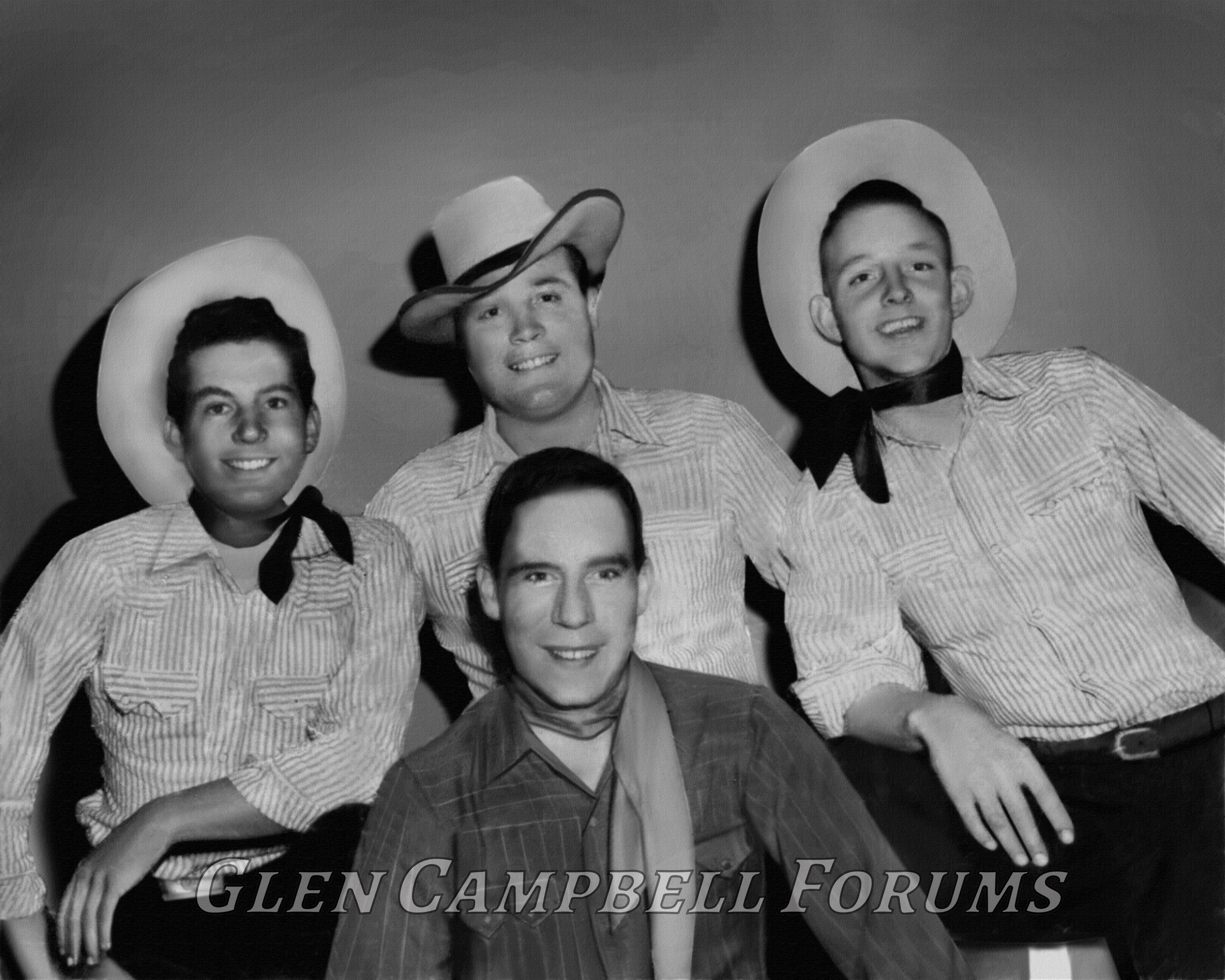 The Rio Rhythm Riders, from left to right were:

Luckily, I was able to find an Albuquerque Tribune schedule for October 2nd and 3rd that gives their showtimes.

Once again...many thanks to Shannon Tunnell for sharing this information with the Forums.

by jay
Sam Houston wrote an endearing article about how Texas Slim and his wife, Barbra Lasater, shared their knack for baking bread. Sam concluded his article by sharing a spiritual inflection relating to his experience. Sam, his mother, and his father were close friends with Slim and Barbara all of his life. It is clearly evident that he spent quite a bit of time with the Lasaters. I appreciate Sam for sharing part of his life's experiences and his wife, Faneta, for allowing me to reproduce it on Glen's forums.


There are several things that have been talked about in reference to "Texas Slim Lasater". Radio host, Song writer, Musician, Drive-in theater operator and my personal favorite was inventor. The man was smart in variety of ways. He was very creative which is what the aforementioned talents require. Then there was the side of him that was more mad scientist than other faucets. One of the things he had was a metal lathe to create and build parts for creations he invented. One of his inventions was a Water purification device which was a highly efficient water purification device which includes a degasification apparatus, a distillation apparatus and an ion removal device to purify contaminated water. This from a man that we all thought played a mean guitar. I watched him work on various devices over the years. I have no Idea how many things he patented in his lifetime or some of the ideas he did not bring to fruition. One of the thing's that I learned from him was to always use your mind. One time at their home in Cuba, New Mexico he was messing with a variety of grains, legumes and breaking them down into flours to make healthier breads and foods.

There are a few ways to make bean flour, and they all involve grinding up dried beans until they becomes powdery. You can do this either in a blender, or a grain mill. Slim had a mill that he would use to make bean flour. At the time when the bread was offered, I had no idea what type of flour it was. He would look at you with that twinkle in his eye when he was up to something or curious. A person sometimes had to wonder if he was pulling a prank or curious in your reaction. As I was eating the bread he was asking was it good, what tastes can you taste excreta. After while as I kept trying to pinpoint the flavor it was like something I had tasted before But, could not figure it out. Finally Slim said its "Pinto bean flour, that is what you taste". Prior, o this my bread experience was store bought Wonder bread, whole wheat, sourdough, and tortillas. Over the years after tasting the many breads that he and Barbra baked I now have an affinity for artisan breads. Bread in the Bible functions as a social bond. The giving of bread to another is a major element of hospitality and serves as a sign of respect and concern. 6 And Abraham went quickly into the tent to Sarah and said, “Quick! Three seahs of fine flour! Knead it, and make cakes.” Genesis 18:6 (ESV)

by Bonnie
Fascinating. Thanks for posting this.

The picture of Glen performing in the parade with the Rhythm Riders seems especially clear and colorful. Most pictures from that time period are black and white, and even when you happen to see color picture, it seems faded-looking. What a lucky find this is. 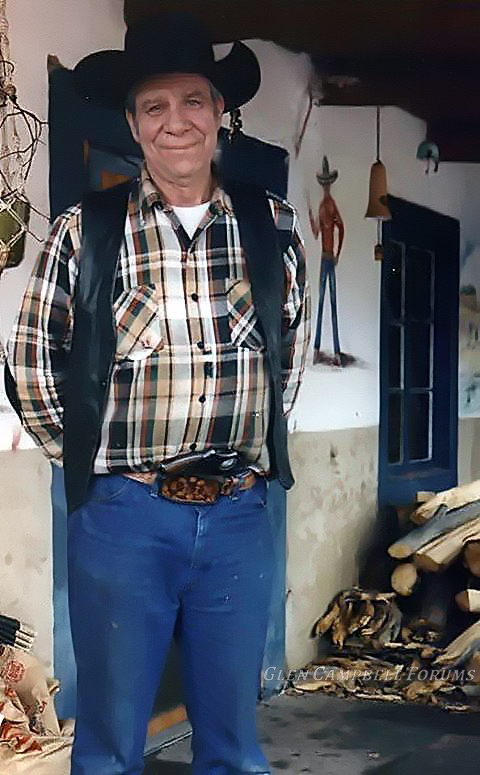 In 1952, Glen Campbell loaded up and moved to Lindrith, NM to live with the Boytt and Lola Hardy family. They had heard Glen play and thought he could pick up some work as a guitar player around where they lived.

In Glen's autobiography, he shared:


"Boyd and Loma Hardy had lost a son in WWII and they seemed to shine up to me as if I were his replacement. They had some land to farm in New Mexico and asked me if I would go with them to work it. I needed the job and those folks needed me, so I took them up on their offer. ...While in New Mexico I enrolled in the tenth grade....I didn't learn a lot that year...All I could think about was playing music. I got a job playing on Friday and Saturday nights at the Coon Hollar Club in Regina, New Mexico, with a singer named Texas Slim."

The Hardy family had a friend, H.C “Texas Slim” Lasater, who had a band, the Rio Rhythm Riders. Slim’s band played almost every week at many venues in the northern part of New Mexico. His wife, Mrs. Barbara Lasater shared that Slim and Glen played mainly in Albuquerque and also in the four corners region of the state. Locally, Glen would play at the Coon Holler bar with Slim, anytime the opportunity presented itself. Glen left New Mexico at the end of ‘52, but Mrs. Lasater remembers that Glen and his Uncle Boo came to Farmington to play with Slim, possibly the following summer.

In all publications and accounts, “Texas Slim” was just the name of a guy that Glen played with, when he had moved to Lindrith. My heartfelt gratitude goes to Mr. Lasater’s grandson, Shannon Tunnell and Mr. Lasater’s wife, Mrs. Barbara Lasater, for taking the time to share their memories of "Slim", so that we can know and appreciate the man who gave Glen an opportunity to join his band, the Rio Rhythm Riders, and play at many venues in the northern part of New Mexico. Slim offered Glen an opportunity to get his first experience playing in an established band, that earned him a wage. Little did anyone know at the time, that this would be the first stepping stone of Glen's fast ascent to stardom.

Mr. Lasater recorded under the name of “Slim Lasater”, but was also known as “Texas Slim”, having been born in San Angelo, Texas. He wore many hats. He was a cowboy, served in the United States Army as an M.P., a welder, a logger, a farmer, a musician, a songwriter, a singer, an inventor and operated drive-in movie theaters in Regina and Cuba, New Mexico. While in Farmington, Slim had a couple shows on the local AM station. One of the shows was called "Texas Slim in Person". That, in itself, underscores that Slim was a well known musician in those parts. 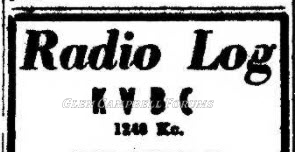 First and foremost, by everyone’s account, he was a family man. Mrs. Lasater shared that although Slims music career didn’t take off, they had a good life and raised four wonderful kids.

Below is a picture of Glen and Slim with the Rio Rhythm Riders, taken in front of the Masonic Lodge on Central, during the New Mexico State Fair parade in Albuquerque, in 1952. 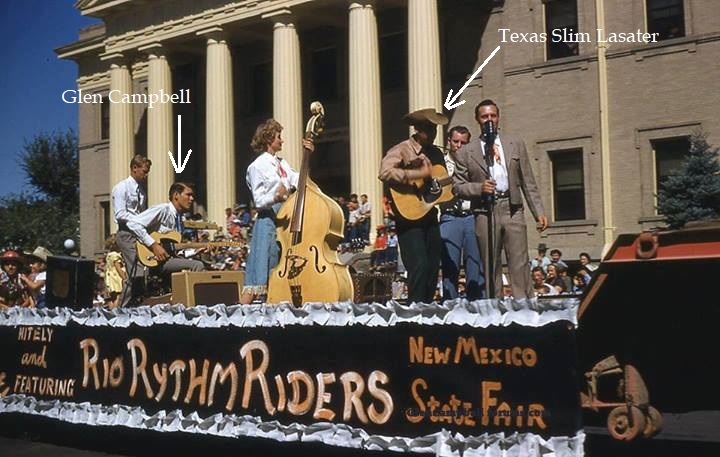 Mr. Lasater made several recordings back in the 60’s. He recorded at Yucca Studios, Red Feather Studios and made quite a few recordings at his home. He recorded “Snowing on the Mountain” and it was released in 1962 on Yucca Records. Slim wrote the song and played all the instruments on this recording.

Once again I would like to thank Mrs. Barbara Lasater and Shannon Tunnell for allowing me to honor Texas Slim, by sharing his life stories with me.
All times are UTC-06:00
Page 1 of 1
Powered by phpBB® Forum Software © phpBB Limited
https://www.phpbb.com/