Mmm, sounds like it's the same audio quality as before, taken from the video source.

Still, the release is getting good reviews...


This live Glen Campbell album, from a show the man did in London in 1990, is a reminder of just how great the singer/guitarist is. It's sad we won't get the chance to see Campbell perform live again because he's such a personable performer.

Cowpoke, I received and listened to the "Glen Campbell British Live Series" CD today. Regarding whether it was remastered: The back cover of the CD states: "This is the beginning of a series of releases from Rainman's new "British Live Performance Series" that features major artists ... in legendary concerts that have never been released in the US and have been re-mastered for optimum quality."

For me, and this is just my opinion, the overall music audio is too bright, too loud, the audio of Glen's singing voice is too prominent, the sound of Glen's guitar playing is unnaturally high or too distant at times, on Highwayman the guitar sound fades oddly at the end of the song, and the CD seemed to be lacking low frequencies or deep bass or something. Also, shouldn't one be able to hear differences between the left-speaker audio and the right-speaker audio? I couldn't hear any difference. Finally, the tracks' audio is unbalanced as well; I found myself turning the volume up and down as needed when playing the CD (for example, for Mull of Kintyre I had to turn up the volume to hear Glen's singing voice, turn down the volume for the bagpipes).

On the "bright side", when Glen talks, the audio is great--sounds like Glen is right in the room with me.

Worth the price of the CD, especially because Glen tells some of his well-known jokes at this concert as well as his True Grit/John Wayne/Academy Award story!

The biography written by Heatley is overall excellent IMO. Well-researched. (The only issue--glaring--I have with the bio is that "Turn Around Look At Me" is attributed to songwriter Jerry Capehart.)

The last paragraph of the bio reads:

Glen Campbell's career may be over, but he has left his mark on six different decades of popular music. This performance (on the CD) shows the label 'all-round entertainer' barely does justice to his abilities. As fellow music legend Merle Haggard once said: '6-string, 12-string, bass, banjo, bagpipes... If God ever gave one man too much talent, it was Glen Campbell.'

If I remember correctly, Randy had first shared this quote with us here on Glen Campbell Forums.

An odd thing about this CD: when I was playing it using Windows Media Player, the album art that was displayed was not for this "Glen Campbell British Live Performance Series" CD. The album art was the front cover of "Access All Areas", "2014", a CD of the same concert that had been previously released in the U.K., I think. I double-checked my computer to make sure that it was playing the CD on the D drive, and the source was the D drive. What could this mean? Also, the track list as displayed in Windows Media Player showed:
Track 8 -- "Oh Good Night" instead of "On A Good Night"
Track 15 -- "Track 15" /"unknown artist" instead of "Gentle On My Mind"/"Glen Campbell".

I wonder if that live set (British Live Performance Series) is remastered. The recording that I have of it, seems to have been taken directly off the original video and does have a few moments where the audio is a bit shaky. Here's a nice new review of this CD:

Still a great CD. Mine is due to show up later. Also , I ordered that 4 CD set of the Wrecking Crew and that is also coming later in the mail. Nice to have these items. 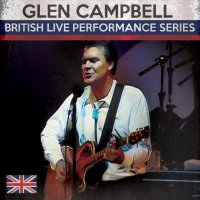 Tracks:
Rhinestone Cowboy
Galveston
By the Time I Get to Phoenix
Try a Little Kindness
Wichita Lineman
She's Gone Gone Gone
Walkin' in the Sun
On a Good Night
True Grit
The Hand that Rocks the Cradle
I Remember You
Highwayman
Streets of London
Mull of Kintyre
Gentle On My Mind

Hi, arlw, thanks so much for the information you posted about the new (reissued) "California Special" Jan & Dean album. It was a huge help!

You were right on about the keyword being "friends".
After some research, I learned that in 1979 a tribute concert, "California Special", was held in Jan & Dean's honor at the Coconut Grove in LA, California. Glen was asked to host this event (which confirms all the more, I believe, that he was a valued friend of this duo).

It turns out that the intro on the California Special album was taken from this tribute event. I found a video (posted below) with the full intro by Glen. Casey Kasem is heard introducing the show.

Amazing, isn't it?! According to one of the YT posters, "horarwgt", the clip of Jan & Dean shown on-stage is actually from 1963, not 1960, as Glen said in his introduction. The poster explains that "Surf City" wasn't written until 1963. I haven't followed Jan and Dean, so I don't know if this comment is true.

I wonder if this complete concert is available on DVD now?

Thanks Arlw! I didn't know it had been released on CD before. I wonder when this was originally taped?

Dee,
I do not have this CD but can give you a few tips! I remember when this came out!

That "Jan & Dean's California Special" CD came out a few years ago-Original Release Date: January 1, 2009-they re-released this-my guess--re mastered it once again for this Release Date: September 13, 2015.
The spoken segment by Glen as one of the tracks was just that--have to remember that Glen did session work with Jan and Dean and was on so many recordings w/them. I am sure he is on most of those tracks on the CD. The spoken segment is Glen talking about the times he was with Jan and Dean. Surf City and other records Glen Campbell was on...
Ar

Who knows more about this album? Arlw perhaps? It's called "Jan & Dean's California Special" and has a spoken segment by Glen as one of the tracks: 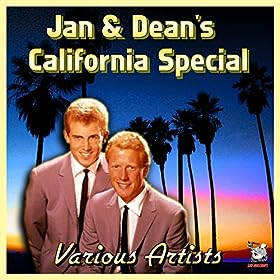 On a different note, who in heaven's name is releasing Glen's Big Bluegrass Special album just about every week with a different front cover? Here are a few of the latest addition. These titles are outrageous too. Leopard Lady? 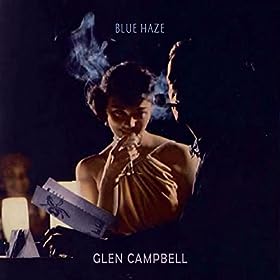 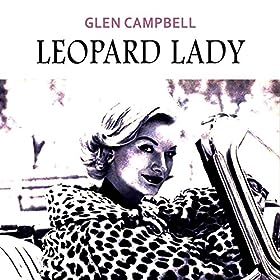 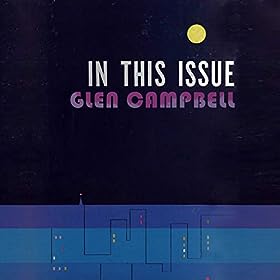 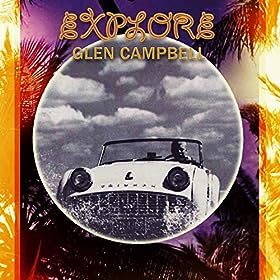 Great, New Snow on the Roof, such a nice little song Glen's former bass player Billy Graham, is being released on CD. And those two tracks from 1990, which were still on my wanted list, are included too. A bit out of place perhaps but then again, they WERE released by Capitol Nashville on Christmas for the 90s vol. 1 and 2.