Check Out This Link - Glen Campbell News on the Web

Interesting. Never run across one of these, though I have played the Rainsong carbon-fibre acoustic. It would be intriguing to play the two back to back some day.

Have to work on that.

It appears that Glen got one of the first Adamas "Q" prototypes! There were around half a dozen that were playable of the dozen or so that were made. The ones that finally hit production were quite a bit different than the proto's. 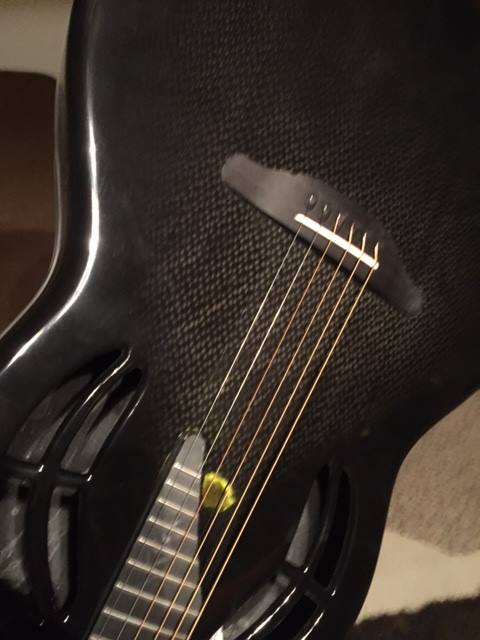 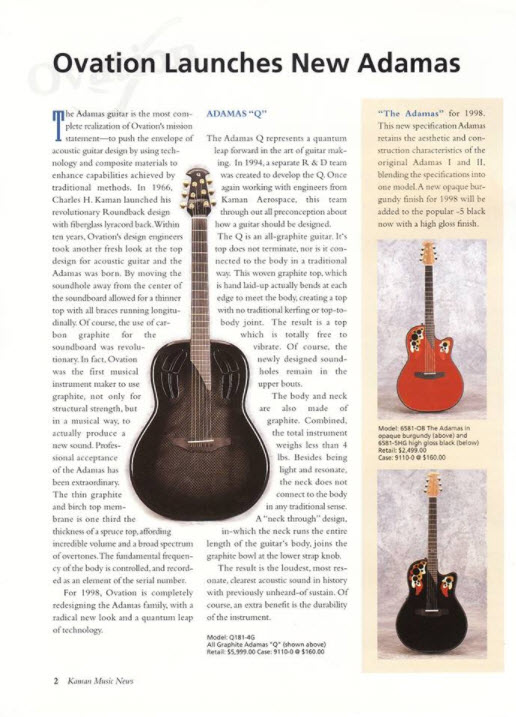 Found this cool 1999 interview from the Arkansas Democrat Gazette with Glen. From recalling that his dad always called him "Glen Travis" to a planned but never released album "Glen Campbell Sings Glen Campbell". Hope you enjoy it as much as I did. 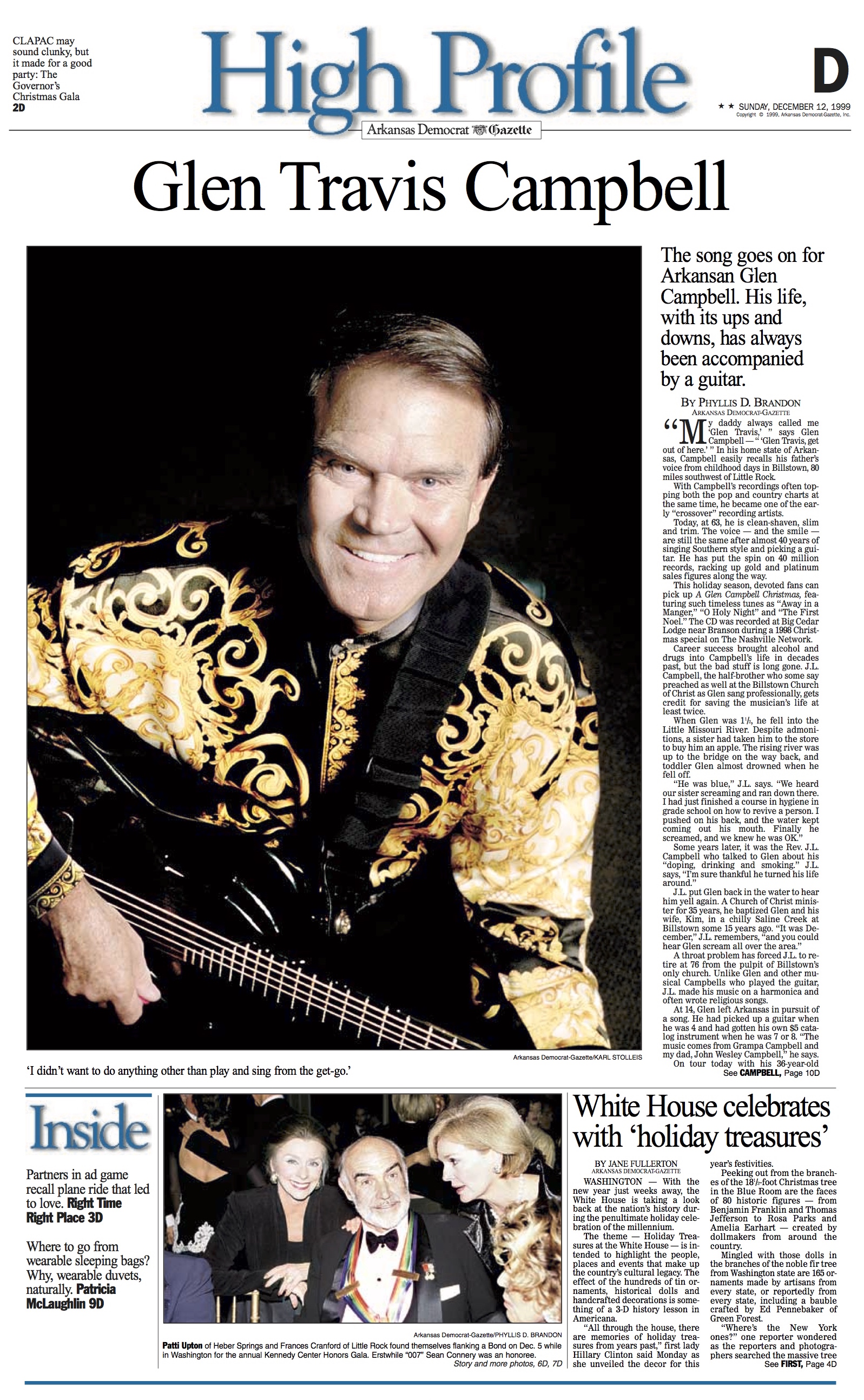 Re: Check Out This Link & DebStewart1956's GC Pinterest page

Hi Deb, thanks for keeping me straight!

If this link doesn't work, please give me a shout! Thanks!
Dee

Re: Check Out This Link & DebStewart1956's GC Pinterest page

Dee there is no link, the one that is listed doesnt work. so i sent you a private message with the correct one that goes straight to his page!
for some reason this link that yal llisted does not work
thanks!

PLEASE check out my post here on this timeline called
Dedicated to Glen who stole my Heart! ( a heartfelt poem)
http://www.glencampbellforums.com/viewt ... =561#p7371" onclick="window.open(this.href);return false;

Jane Seymour shares projects under consideration. This one caught my eye:


I'm hoping to take our documentary on the late Glen Campbell's last tour and struggle with Alzheimer's and turn it into a feature film on his entire career.

Game, set, match! Forty-four years ago this week, Glen Campbell helped to “warm up the court” for the historic “Battle of the Sexes” tennis match with Billie Jean King and Bobby Riggs held at the Houston Astrodome in Texas.

Hours prior to the big match, Glen swapped his guitar for a tennis racket to play in a pre-Battle of the Sexes tournament also held at the Dome with crooner Andy Williams, actors Robert Stack, Rod Steiger and Janet Leigh, and other tennis-loving Hollywood stars.

Glen is pictured here with world heavyweight boxing champion George Foreman before he (Foreman) presented the winner's trophy and a $100,000 check to the victorious Billie Jean King:

From an interview with indie rock singer-songwriter Damien Jurado...


Q: I understand Glen Campbell was a big part of you picking up a guitar. Why was he so inspirational?

Jurado: In the rock world, people go on and on about Jimmy Page or whoever it is being the greatest guitar player. All these years, I've thought, "Why are you not talking about Glen Campbell?" To me, he's the single best guitar player ever.

I've never heard another person play guitar like him in my life. When I got to see him play live, once in the mid-'90s and then on his second to last farewell show in Seattle. It was incredible. I'm not that much of a guitar head. ... He can play the most incredible guitar, and his voice is pristine. I've never heard that guy hit a wrong note. It's almost demonic. It's like, "Did you sell your soul to the devil because you're perfection."

arlw, I bet you a million dollars that you added this item to your GC collection today!