This CD release on Capitol could be interesting. You had discovered and posted the amazon link for it in April or May. It showed up in a news feed yesterday, listed on a Canadian online record store at: https://shop.musicvaultz.com/ (scroll down a bit)

The pre-order link for this CD doesn't work. Will check it again in a day or so. Amazon is still showing an October release date. Love this early studio session photo! 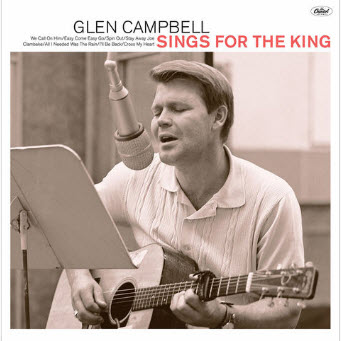 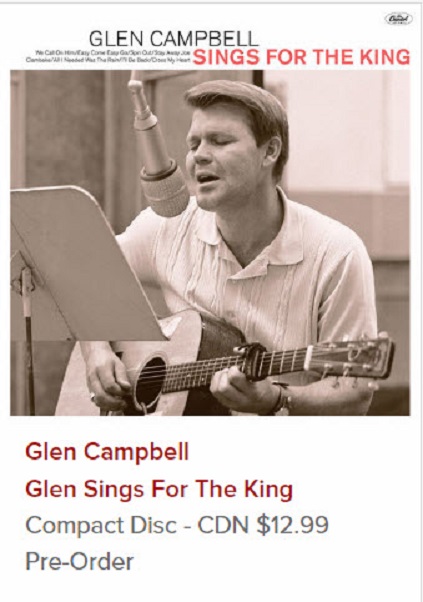 Dee,
It appears in my research that "Greyscale is an Australian Based Company!" Here is another link for you and others.

Prices will vary depending on the place you pre-order it from, but if the price goes down, that's what you pay. Once the CD is released, you will most likely pay the "higher" price! Best thing is to lock it in....

Both CDs are being released on the Greyscale label. Is Greyscale an Australian record company? If so, then this could explain why the U.K. is stocking these albums first (or has exclusive stock)? If these albums are being imported to the U.S. and U.K. from Australia, then the prices may not decrease when the albums are released?

What GC studio/live albums are yet to be released on CD (and perhaps digital also)? Any others?

Thanks again for the shopping tips, Ar.

This CD is from Amazon and is a pre-order for June 22, 2018. Same label as the other CD, but if it doesn't come in, at least they credit your account! You can check eBay for The Astounding 12 String one, but be careful who and where you are buying it from--many bootleggers out there. It also appears that overseas folks received their order so at least it made it there!

They list 3 dealers at Amazon that are selling the CD. There are 2 overseas dealers and this one-MovieMars-CDs
I would stay within the states on this..... Will post the other for you too.

Thanks so much for posting an update, arlw, on 'The Astounding 12-String Guitar of Glen Campbell'.
It may still be "the twelfth of never" on this one. Very disappointing.
Please let us know if you find a dealer who has these CDs in stock. If anyone can find a source, you can!

A fan alerted me to a new digital release of a song that had only been previously released on CD in 2008:

"I'd Rather Be an Old-Time Christian" with Al Brumley, Jr. and featuring Glen Campbell on the compilation set 'Al Brumley, Jr. Sings 36 Gospel Classics'. Release date: May 17, 2018

This song track is available for purchase on am*zon and likely other online retail sites.

It was also uploaded to YouTube by CDBaby, and fans can listen to it here:

Well, I waited a long time for this release--only to hear that it won't happen from Amazon, where I pre-ordered it!

Due to a lack of availability, we will not be able to obtain the following item(s) from your order:

We've canceled the item(s) and apologize for the inconvenience-----

They said other dealers might have it but not them!! Order was Cancelled.... Rats!!

Jeff Dayton has released a new CD in honor of Glen Campbell--I haven't ordered a copy yet but wanted to put up the website to buy it: Jeff Dayton on Amazon has all the tracks listed and you can hear them/sample them--they are awesome. I am not one to have the MP3 and that's the only way on Amazon so here is the link to Jeff's CD.

above is nice info:

debstewart1956 wrote: ↑
Thu Nov 16, 2017 11:22 am
WHY are they not releasing DVD'S of the Goodtime Hour! this is something they should have been doing a Long time ago! Were these under a certain production company, and the rights??
https://www.pinterest.com/alwaysandfo00 ... l-forever/"

In reply to debstewart1956's question about why DVD's of the Goodtime Hour are not being released:

A new interview on vulture.com with Carol Burnett addresses this same matter. Her own long-running variety show with 279 episodes has never been released in full, only edited episodes without music performances and without the "mini-musicals" performed by Carol and company.

Why? Carol gets right to the heart of the issue: "...(t)he cost is prohibitive." The rights to license the original music is too expensive even for Time Life, the company that has released only edited episodes of her show on DVD.

The interviewer remarks to Carol:

...those of us who saw the show (Carol's) in syndication have never seen most of those (music performances). It’s a big problem for so many of the variety shows of that era, and even a lot of scripted shows, because music publishers today just want these crazy fees to license the rights.

They’re cutting their noses to spite their face. They’re just sitting there. Whereas, if they could strike a deal, they’d get something out of it. People today have no idea what some of the variety shows did. They have no idea.

The full interview can be read using the link below. Carol also talks about the golden era of variety shows on television as well as her new Netflix show.

Glen Campbell fans are fortunate that Shout Factory has released some DVDs and streaming episodes of The Glen Campbell Goodtime Hour. The digital "getTV" channel has broadcast a few Music Shows during the past year but it has limited distribution. Of course, we fans would like to see all episodes released. "Fans" also include fans of the other artists who appeared on Glen's shows such as Cher, Linda Ronstadt, Lucille Ball, John Wayne, John Stewart, The Monkees, and many, many more.

For now, we can watch clips (of varying quality) on YouTube. In the future, these clips may or may not be available to watch because of upcoming changes to the YouTube platform.

P.S. Debbie--your pinterest board is looking great with 925 pinned pictures and articles now! Thanks for all you do for Glen's fans!

No Picture or tracks listed on this upcoming CD-anyone know anything about this one on Amazon?

Glen Sings For The King