I haven't had time to listen to the CD yet to answer the question of being re-mastered or not, but in answer to the other question Dee, "Green, Green" was a hit song in 1963 for The New Christy Minstrels. Timeline seems correct...

Thank you -- I will add "Made in England" to Greyscale in my tracking, too. Curious!

"Green, Green" it is. The LP and CD match up.
Wasn't this song a hit for The New Christy Minstrels?

Can you tell if this CD was remastered?
I can't "hear" it, if it was remastered, by listening to the CD with computer speakers. Will try later using the stereo system.
Also, I may be hearing the tiniest bit of spinning-vinyl surface noise between tracks! ??
The drums on La Bamba are very distinct.

When I keyed this into my collection , it is as the England release shows--"Green, Green"!!

Just a notation on "The Astounding 12-String Guitar CD" This is an imported CD from England. Dee, I have the same one as you! Didn't know if anyone saw this or not--On the tracks on the back they list, "Green, Green"!!! What I have on my LP's are this:

Everything else is the same---I haven't played my copy yet either, but curious to see how many others took note to this track!

Thank you for the very kind words and you are most welcome for the info. I re-ordered this CD as well so I will receive my copy soon.

Have a wonderful weekend HAPPY FATHER'S DAY to all the Dad's out there...

Nothing escapes the eyes of a Glen Campbell collector with 44 years of experience! (especially a collector who had brought a few things to Glen's attention that he didn't know) Thank you, Ar. (I had been a click away from ordering The best of GC DVD earlier this week, then decided to post about it first.

See the next new post, Ar....I posted a few astounding pictures for you and other members to enjoy.

I have been looking at this DVD also....I would speculate that it IS a Bootlegged Product-mentions in certain areas AUS/NTR0.
There is a number that should match up on the back and this one does not! Also, with the cheap prices verses the costly ones, they are a dead give-away...Kind of like buying the LP's on HUA-SUN, FIRST RECORDS, and other Asian Releases. There are a lot of DVD's that ARE ok but the ones that blacken out other material to read, I wouldn't take a chance!! If they mention PAL related, unless you have a player that does BOTH, it will not play. The majority of material on this DVD ARE from U-tube and other videos, combined. A reminder-----Just because it is SEALED, it doesn't mean it's BRAND NEW! Anyone these days can put Glen's picture on it and seal it up....Hope this helps you and others. Trust me in almost 44 years of collecting, this is 1 I will NOT purchase....

I have been seeing a DVD "Best of GC" listed on ebay (expensive!) and amazon (not so expensive!) sites. It seems to be an import from Australia, looks like a bootleg and yet it was apparently released by Goldenlane Records in 2017, and again in 2018, same label that released the nice picture disc (LP) last year. It appears to me that the performances may be ones up on youtube.

The DVD seems odd to me because:
--it appears not to be an official release and yet it is using an official GC press image on its front cover
--the "fine print" on the bottom of the case's back cover is blurred in the listing's picture
--Goldenlane Records is listed but so is "Possum"
--it is listed as NTSC by amazon, however, the back of the case reads Format: PAL and Regions: All Regions

I am suspicious, too, because I have seen bootlegged DVDs on the internet that have been packaged to look authentic--and yet the videos are clearly copied (no new performances) from other previously released official DVDs and / or appear to be performances already on youtube (some television performances).

Has anyone purchased this DVD and, if so, could you share with us what you think about its video and audio quality? If it is a scam, we would sure like to caution all the fans who come here to read updates about new CDs/DVDs. Thanks! 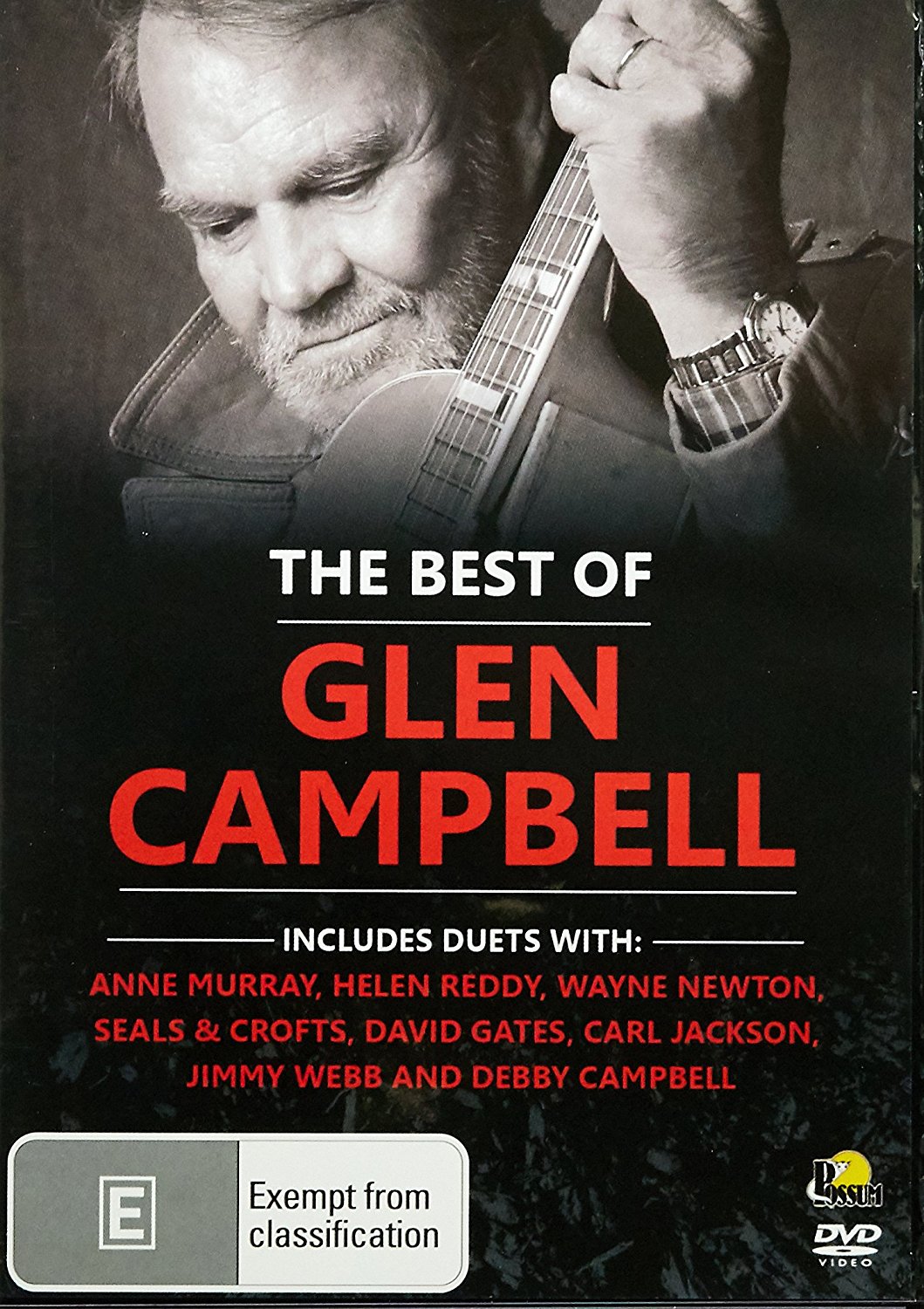 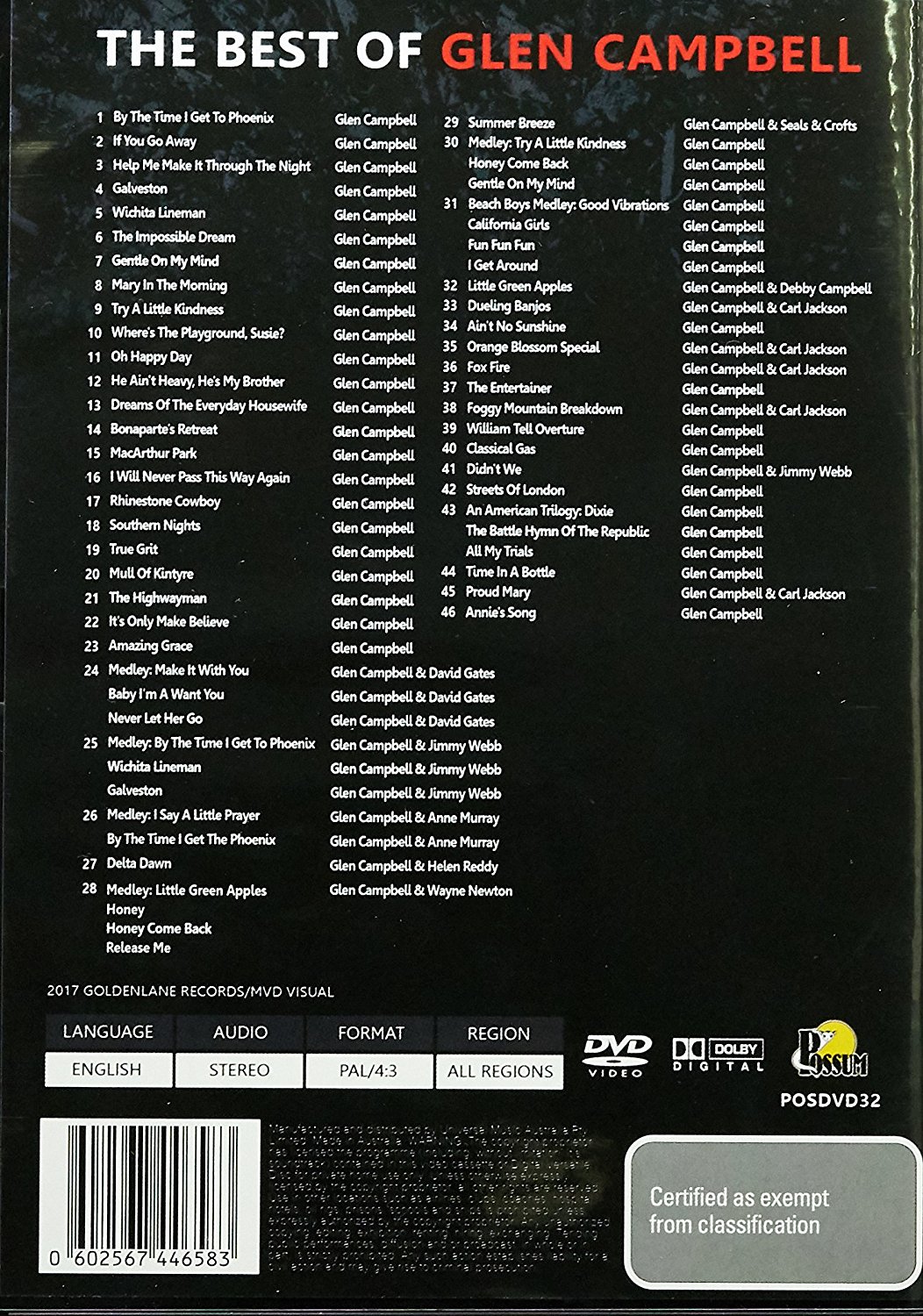 The "12-string" that I had ordered was dispatched with a delivery date of June 23. No tracking. Fingers crossed!
The price has come down to--in pounds--6.55.

The "Too Late" album was ordered May 30th, but has not been dispatched yet. When I looked back at the listing tonight, I saw it is "temporarily out of stock"!!! I hope I did not order it "too late". (amazon/UK) The new price--in pounds--is lower now at 7.58.

Trying to obtain these reissues on CD is like working a part-time job.

Getting The Astounding 12-String Guitar CD!!! Now, just need to pre-order Too Late to Worry - Too Blue to Cry CD!!!