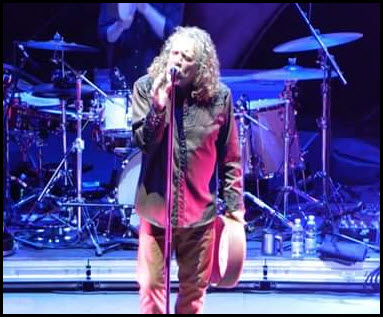 Robert Plant, English singer, songwriter, and musician--best known as the lead singer and lyricist of the rock band Led Zeppelin--is one of rock music's most influential, charismatic performers of all time.
Plant tweeted Glen Campbell's outstanding performance on video of "Turn Around, Look at Me" (1977) from our Glen Campbell Forums on YouTube channel.
We deeply appreciate his rad tweet to share Glen's music with the world of rock!

You can watch this video, too, on the Forums' channel at: https://youtu.be/OhLMVR1Twt0" onclick="window.open(this.href);return false;